Ghardia is a disease I really now well.I have had it quite a few times throughout these 25 years as an explorer. It begins with a sulphur burp and than you just get worse! It really knocked me out and I had great difficulties moving. I think both Amin and Ali Ahmed were quite happy. I know they were, because Amin told me when I felt better and started to push on as before, that he shouted:

“It was much better when you were ill! You are like a donkey, you just move on and on and on!”

I wasn´t really surprised. That I had gone down with a stomach problem. The level of hygiene in our camp was below zero. Ahmed Ali never washed his hands, except when you was forced by Amin to pray, and he didn´t mind Antar pooping all around our camp, so we did live in filth. And I was too tired most of the time to have any opinions. I kind of, like the rest, just survived. But, after 10 days, things starting working better, we were a better team. Amin and Ahmed Ali had lesser quarrels every day, mainly that Amin wanted him to help out. I wanted Amin to help me more with my 12 kg rucksack with all the technique, but even though he helped me as much as he had strength, we always had to argue about it. Well, we had to re-negotiate pretty much everything, every day about all details involving the trip. That is how things go in Yemen!

I was really out of shape for a couple of days. I was in a terrible mood, which I hate to be. Sorry you guys for those days of irritation. It was a slog. Going uphill all the time. Even though it was a paved road, I couldn´t walk more than a few hundred metres before resting. My only goal was o get into Rub Al Utma and get medicine. I remembered getting stopped by a bunch of villages with small axes, who asked me who I was, stopped and threatened me when I wanted to continue, one old man even raised his axe, but it suddenly just died out. Amin told me later they had thought I was an Israeli spy looking for tresures again. They just weren´t used to foreigners and couldn´t understand with somebody as they thought as rich as me, didn´t travel by car, but came with the poor man´s camel. I can understand that. It was that far from any kind of an educated world one could be. Maybe one of the most unique parts of the world right now.

As regards to the war in Sanaa. Few spoke about it. They had more pressing issues. Like finding enough money for food, transport and normal living. Once we entered Rub Al Utma, it was more modern and we found a pharmacy with Flagy, a brand I knew well, so I started my cure. Amin and Ahmed Ali had an enormous meal of cooked meat and rice. They were really hungry. Than we just walked another half a kilometre, away from the centre and I couldn´t continue. So we put a camp with a stunning view over the mountains to the east. I fell a sleep immediately. Next morning Amin and myself retuned back downhill by foot to town, found the only place with electricity, the mobile salesperson, and recharged all my technical batteries. So far it had been almost impossible to recharge, since no villages had now electricity! This guy helped us immediately. He looked like a Western Computer Nerd. It seems to be a specific look. His main job was recharging batteries for everyone in the neighbourhood, who had a mobile phone. I saw hundreds of mobile battery rechargers on the floor! During our half a day stay somebody bothered Ahmed Ali and when we returned there, somebody was going through all my things! Ahmed Ali tried to stop him, but what could he do with a guy armed with a Kalashnikov. I yelled at him and he stopped immediately and got real scared and tried to explain and ran off when Amin turned up.

“I am sure he was trying to rob us!” Amin said and when a group of villagers turned up 5 minutes later to say they were sorry for this guys behaviour, they said he was looking for Jewish treasures, Amin was sure: “It was a set up! Good we came back in time. They obviously don´t know I am a police man.”

Personally I think it was the Jewish treasure thing again. Up until this moment, there had been talk about possible threat of kidnapping. A local sheikh had sent a guy who looked like an Arabic version of Johnny Depp, the American actor, and who was a real nice guy, but Amin had done his work. Every village we passed through, he picked up the phone number from the local sheikh and phoned them to ask about all people who offered their services to us. An apparently, he was just a poor guy, Johnny Depp, and needed work and offered us his protection. Fine for me, he was a great guy, but Amin was more than we needed. He did a great job! We climbed the rest of the day. Once again stunning mountain scenery with vast terraces and villages perched high upon mountains ridges. Our worry now, was that we hadn´t been able to find any proper food for Antar. Only alfa-alfa. It wasn´t the right season and he just refused to eat all this…I guess tasteless stuff as he saw it….and for this reason we travelled slowly. We arrived in a mountain village when it was turning dark, picked up fuel at the gas station and as usual, Antar was creating a sensation in every village we passed. We were surrounded by kids all the time, big numbers, screaming in surprise, jeering at us and tried to touch Antar. They had never seen a camel before!

Now this might come as a surprise, since this was part of the original trading route to the capital, but since than Toyota Hilux has arrived and so has Chinese and Indian motor bikes, so there´s no need for a camel. Some watch towers and caravanserai still remains, but school kids doesn´t seem to understand their historical significance. And, this night like all other nights, even though we camped on the roof of a house, we were surrounded by kids, who wanted nothing else than practise they´re English or figure things out. They wanted education!

I think this was the moment I fully understood why I choose to travel. You get perspective of things in life. And after travelling for 25 years, more or less like this, I suddenly realized the importance of proper education. Than I am not just talking about reading and write, which most village school teach, based on a Koranic background, but proper education, where you get a perspective of the life outside your own existence. Not only does it make the world a more enlightened place, it takes away a lot of prejudices like how dangerous people are and how different we are on the globe. It makes people understand that we are extremely similar and non-threatening most of us. And, now I know, the kids of Yemen want to learn about the world outside their village fences! This was a realisation which made me feel genuinely happy! A wedding kept us awake for a few hours until somebody cut the electricity. Otherwise I didn´t really want to sleep. The star studded sky felt very close. Like one almost could touch them. Dogs were continuously barking and I could here Ahmed Ali freezing badly, even though he now was dressed in the best thermal underwear from Termo, slept in a tent and had two blankets on him. Amin was snoring due to his sore throat and coughing quite bad. Sure I miss it Eva and my wife, but I still felt happy. I think it was me rediscovering the sense of freedom and feeling utterly privileged to be able to travel in such an unknown world as this is. I mean, most people globally don´t even know where Yemen is located. Those who do, think about the war, tribes and Sanaa (Americans Al Qaeda of course and terrorism, their two pet projects globally), but Yemen isn´t Sanaa. Or Taizz. Or Aden. The three cities most so called Yemen experts know. Yemen is really its country side!

We got woken up next morning with the message that the Bani Salaam and that the road Hammam Ali and Dawhran were off limits. What to do? 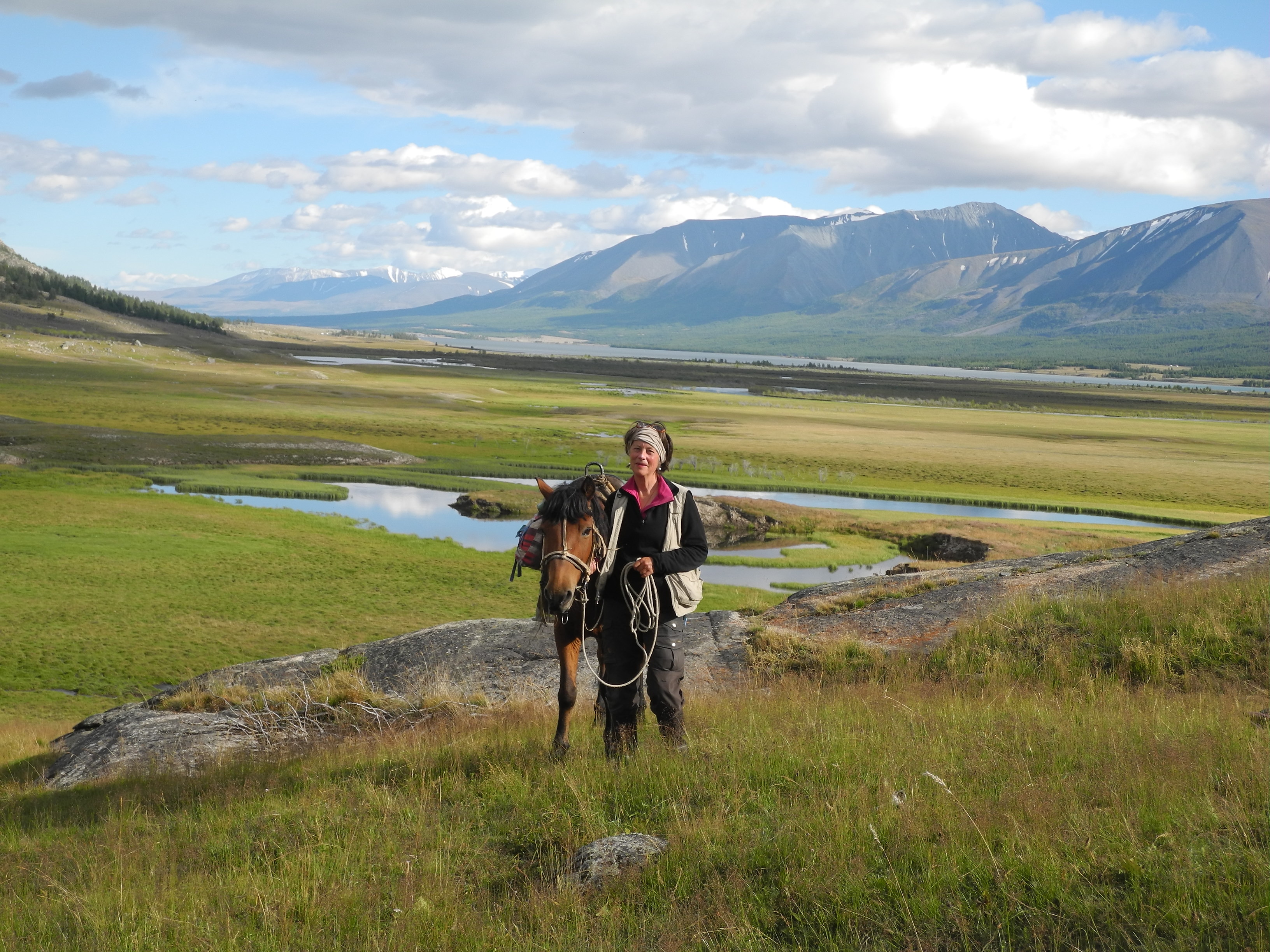