”What is her name?” I asked Mussalam Bin Hassan and he forwarded the question immediately to his friend, Mussalam, who shook his head and said in Arabic: “The female camels are all named after their grandmother.”

“You can give her a name then”, Bin Hassan said in perfect English to me, but then changed his mind and said: “Let us call her Sahara! It means desert in Arabic.” I then went up to Sahara, stroked her long neck and patted her cheeks at the same time she was hobbled by her front legs, lying on all four as a sphinx on the desert floor. The surroundings where spectacular, burning orange red sand dunes all around and total silence. Suddenly Sahara looked at me, gave out a loud gurgle and vomited a green foul smelling substance straight on my face. I realized that I would have preferred a better start to my visit in the southern most tip of the biggest sand desert in the world – Rub Al-Khali.

The major reason for my visit was to find out if I really had my heart into my next big project, Expedition Arabia by camel, maybe as much as 7000 km:s of desert travel with camel during at least 18 months. One of the last great Expeditions on earth. I have the last two years found myself in limbo, not enjoying life too much, not knowing what to do with life. Suddenly, I just realized, by pure coincidence, whilst visiting a lecture by an oil company and seeing the words Rub al-Khali written on a map, that is it! Arabia! That is my next Expedition! Well, anyway, whilst taking a look at a world map of Arabia I saw the full picture. And one of the major obstacles on such an Expedition would be a passing of this legendary desert, Rub Al-Khali, made famous by the legendary British explorer Wilfred Thesiger. Since then, well, as always, forgetting the local Bedu who live here, who crossed for necessity up until the early seventies when Oman was thrown in no time into the modern era, an unsupported passage has not been done by a westerner since 1949. So, I was in the Empty Quarter to try to find out if I still had what it takes to do a big Expedition. Meaning checking that I really had the heart into it had the right motivation and physical and mental stamina. And hopefully find one or two Arabs preferably of Bedouin origin to join me, because I want my project to be an Expedition where east and West travels together and build bridges between people and cultures. A project also to promote Arabia and Arabs. I have realized a long time ago that we in the west have a terrible picture of this part of the world and its people. And it is getting worse by the day. Something has to be done. I will do my best to balance it a bit. Because, after a few days with three great Bedu in a small tiny part of Rub Al Khali, I know that some of the best people on earth live here!

See the slideshow from my visit in Rub Al-Khali here

See the slideshow from Oman here 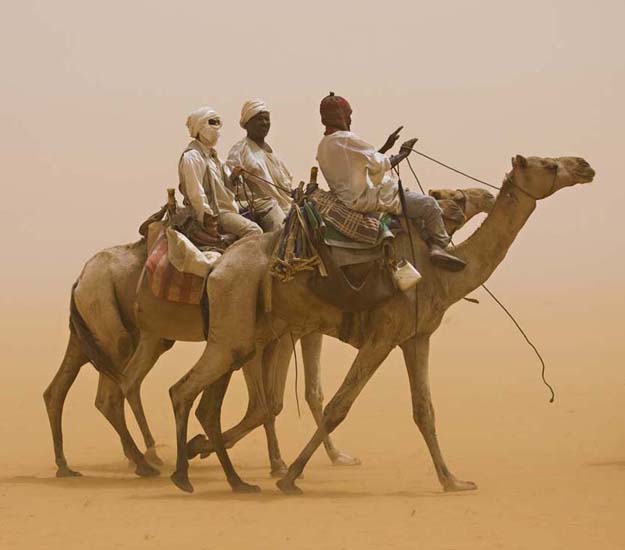