“I remember…” , I said, “…when I passed through here 21 years ago, I met a friendly fellow named Karl Ruf, who had 2 chimpanzees.”

“That was my husband” , the woman who had presented herself as Rosmarie answered sadly, “He died three years ago in a car accident in Uganda.”

I was talking to a legend. Rosmarie Ruf is one of these rare human beings who has devoted most of her life to a cause to preserve one of this planets unique species. In her case; the very odd looking animal called okapi. She has spent the last 27 years living in the middle of the darkest Africa, next to a small charming river called Epulu.

“My husband came here from Basel zoo and was supposed to stay for a short while, but we ended up making this our life” , she told us during our far too short visit at this little heaven for okapis and pygmies, “and I really hope we have made, and still can make a difference, because this area is under a constant threat from a lot of things.”

” I am amazed that you haven´t received the same attention globally for your work as Jane Godall and Dian Fossey!” I exclaimed, but that didn´t bother Rosmarie.

She hadn´t chosen this life in the middle of Africa to get famous. But to save the unique okapi for the future generations to enjoy. It is the oddest looking of animals. It has the head of a giraffe, but the first detail you notice about this shy animal, is the stripes on its front and back legs, making one think about the zebra. But it belongs to the giraffe family, which is easy to understand when you see its enormous tongue finding the right leaves to eat.

“I remember when I passed through here 21 years ago on a bicycle, that to be able to survive, their diet was made up of 27 different leaves. And that the only ones who knew which ones, where the pygmies. And you had a team of them, looking for them everyday. Is it still like this?” I asked Rosmarie whilst she showed us around the Epulu station.

“Yes, we have a team of them going out each day, and since we have 14 okapis in captivity here and they eat about 4 kg:s of leaves a day, it takes a lot of work to collect this. And the local pygmies do this job and bring it back to the park, where another team assembles them perfectly for each okapi.”

Another observation which struck me with this extra ordinary looking animal, was how incredibly silent it was whilst walking and how well it was camouflaged whilst slowly, effortless and elegantly moving around this rain forest in the middle of the darkest Africa. Just like the pygmies. The okapi was unknown to the outside world until 1901 and even though it is estimated that there could be around 10 000 of these unique animals in this area, they are somewhat under threat of extinction. The wars, the rebells, logging and the uncertainty of the future of this country, make it a big worry. Even though we live in a very much more accessible world today, Epulu is still stuck in the middle of nowhere. And getting there is still, if you don´t fly in and out in a small airplane, a hardship involving long hours on the earths worst roads. When it comes to the roads, even though the Chinese are slowly turning the countries roads into passable, they haven´t changed a bit since I literally slogged through here 21 years ago. BUT, it is still the real Africa, which is still possible to enjoy! And the area around Epulu is unique on this earth!

I admire people like Rosmarie Ruf, who give their life to a cause to preserve something unique. And by that giving up a comfortable life in the West. Far away from family and roots. And on top of that, knowing that she is living in the middle of Africa, has been under a lot of personal threat due to the wars and she still is there, and most likely will be for the rest of her life, that makes me think that she is one of the most fantastic human beings I have come across. Epulu is unique! 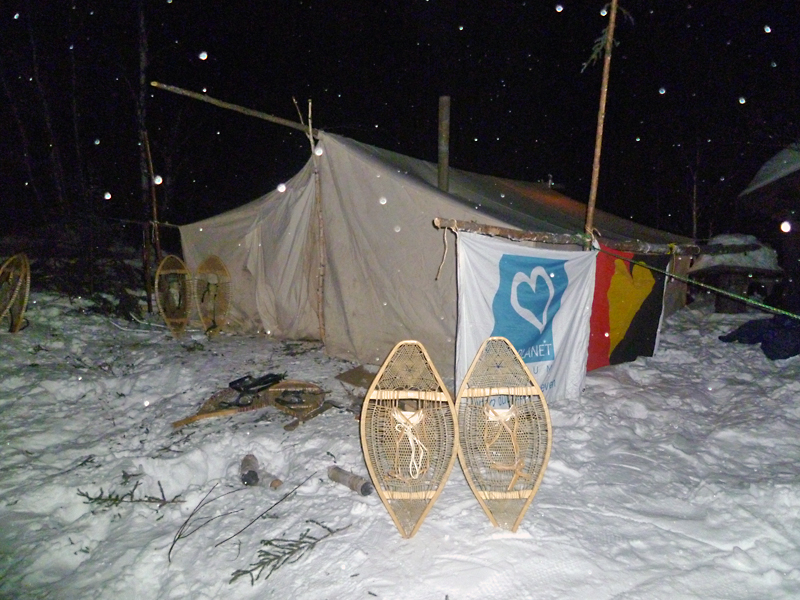