What do Ferdinand Magellan the great world explorer from the 16th century, Scott Fischer one of the top high altitude mountaineers and Sheck Exley the worlds greatest deep cave diver all have in common?

They were all explorers that operated in truly extreme environments as many explorers do.  And they all perished when they were at the peak of their abilities, doing something they had trained their entire lives to do and had done a dozen, a hundred or even a thousand times.

The big question is WHY?

Without a doubt, explorers often go to extreme places and operate in perilous environments.  Look at Mikael’s Kolyma River (North-Eastern Siberia) expedition as a perfect example. Exploration is about seeing something, doing something and learning something that no one has every seen, done or known before. By it’s very definition, exploration 500 years ago and today has always been about exploring the edge; not just about pushing boundaries but going well past them.

As I write this, I’m in Lakeside Ohio, a resort community on the shores of Lake Erie that is filled with charming, great lakes style cottages that date to the 1800‘s.  It is Norman Rockwell in every way and has enough charm to give it away.  Literally and figuratively, Lakeside couldn’t be more removed from the environments where explorers do their exploring. I’m about as far inside the boundaries here as you can get – both mentally and physically. Compare this to an image I took from Camp 2 during my climb on Cho Oyu, the 6th highest peak in the world and the accompanying post: “If you’ve ever wondered what the view looks like standing on the earth at 23,400′, this is it. You are far above the clouds and most other mountains, even in the Himalayas. Nothing but snow and ice. The sky fades from blue to black and you feel like your boots are only tenuously attached to the planet and you could float off into space any time if you aren’t careful.”

So one question that is often asked is how explorers reconcile every day life with what they do on expeditions. How do we prepare to be in a place that is so different from our home environment that we might as well be going to another planet? And relative to the central question of this article, is it under-preparation that is the ultimate cause of fatalities on expeditions? Is that what killed Magellan, Exley and Fischer? I’ve had the good fortune to literally meet hundreds of top explorers over the past decade and there are many things that set us apart. Explorers are most often defined by what we have done. Yet what I have found to be universally true is that explorers don’t just do things differently, we think differently and consequently approach the world differently. That is the core of the explorer.

And while we may occasionally bite off a little more than we can chew, almost every explorer I know is absolutely methodical in preparation, logistics and training.  We are honest about the inherent dangers, carefully gauge the amount of intrinsic risk and work diligently to reduce that risk while understanding that we can never fully eliminate it. Explorers rarely venture into an expedition half cocked or underprepared. That’s clearly not what caused the deaths of Magellan, Exley or Fischer.

To find the answer, we need to delve deeper into the human mind and see how a basic human learning process can actually work against us in extreme environments. This is described in detail in Deep Survival: Who Lives, Who Dies and Why by Lawrence Gonzales.

“The brain is an organ of adaptation,” writes Gonzales. And while this incredible adaptability is one of our greatest strengths as human beings, we can some times play Jedi mind tricks on ourselves.

Scott Fischer had come to calling the South Col route up Mt. Everest a milk run.  Any one who has ever climbed an 8000 meter peak knows that the 14 peaks which are 8000 meters or higher can be deadly on their best days. On their worst days, they can be prodigiously lethal. What caused the significant underestimation of the conditions on Everest in ’96 that led to the deaths of numerous climbers including Fischer whom had scaled the mountain numerous times? (*Many people today would argue that the rising fatality rate on Mt Everest today is due to a large number of underprepared and under experienced climbers and they would be right. But those climbers aren’t explorers, they’re tourists.) Magellan advanced with hostile intent on 1500 well armed, well organized and equally hostile villagers with only 48 of his own men. What was he thinking? Clearly, he was grossly underestimating the situation. Sheck Exley had logged over 1000 cave dives in his life including several depth records. Why did he die in a cave he had dived before doing something he had spent his entire life doing?

Much of this all comes back to how we learn. Since the time we are infants, we are constantly interacting with the world around us, testing, prodding and finding out what works and what does not. It seems we are all born explorers. When we find something that works, whether as children or adults, we are rewarded in at least two different ways: socially and chemically. An example is when we put our hand on a hot burner.  We receive feedback in the form of pain and a cocktail of chemicals to the brain that tells us that what we did was a really bad idea.  Our mother also probably scolded us. The chemical and social feedback we receive when do something that is “successful” or “unsuccessful” creates powerful feedback for the brain and is ensconced in short term and long term memory. This is very fundamental to the process of how we learn.

Most times, we are consciously unaware that a learning process is taking place – especially the chemical reinforcement which can provide a near addictive response to success the way a runner’s high is produced by elevated endorphin levels. [endorphins are the feel good chemical released into the blood by the pituitary gland and into the spinal cord and brain from hypothalamic neurons]

As mentioned earlier, to be successful, explorers often go to extremes in terms of preparation and training.  During an expedition, explorers are usually singularly focused and usually fastidious about following best practices, checklists, rules, safety guidelines and other rituals. When I climb, I have a broken record that constantly plays in my head. It is my mantra and it goes like this: Focus, Safety, Wonder, Joy. All of this is a key part of success. The problem starts when the record stops playing. It starts when we start getting careless.

You would ask how this could ever happen. How could explorers operating in an innately hostile environment ever think it was safe? When would Everest ever become a milk run?

The answer has to do with our learning process or rather our brain’s misinterpretation of it. Explorers go to great lengths to be safe. Following those procedures often produces successful results. After we have done something successfully for long enough, our brain no longer tells us “this is successful and safe because of everything we do,” it tells us “this activity isn’t really that dangerous because we’ve never had any problems.” And that is exactly when we start to have problems because all of a sudden, we stop doing the things we’ve always done to produce safe results.

That’s when we think Mt. Everest is benign. That cave diving to 800 feet is routine and that 49 European solders can defeat 1500 natives armed with spears. After all, they really couldn’t be all that hostile … could they?

There’s an old saying among bush pilots in Alaska that there are old bush pilots and bold bush pilots but no old, bold bush pilots. Explorers that are safe and successful over a long career have found a way to ensconce ritual and make it an unbreakable routine. They do what made them successful over and over again and never forget the reason they do. They never fall prey to believing that since they have accomplished an activity one hundred times or for 1000 kilometers that it is less dangerous than the first time or first kilometer.

That is how the best explorers in the world stay alive. Sharkman and his wife Mantagirl are on a crusade to help others live more exciting and fulfilling lives through adventure. You can find them and follow their adventures at TheAdventureCouple.com.  They are both members of the Explorers Club. 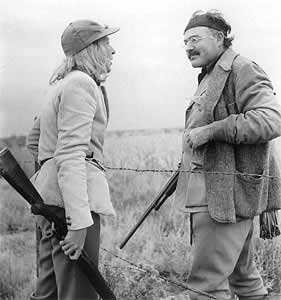