I have read Mr Leszek Gliniecki’s ‘solid evidence’ at ExWeb with much interest and now realise that in my letter to him in June 2009 I misled him with a key error for which I wholeheartedly apologise.  I wrote in the letter that Mr Glinsky was ‘preparing log-rafts for the break-up of the river in ice in early spring 1941.’  This should have said 1940.  The error was made only in my letter, not in my story.
I have not had the opportunity to talk further with Mr Glinsky because he is not well and  lives far from me, but I have combed through the extensive notes I made during our long discussions and this is the picture that emerges:

Mr Glinsky’s official birth date was 22 November 1926 but late in life he discovered he was really born in 1924.  At the outbreak of the war he was therefore aged 15 and at the time of his escape aged 17.

He reached Kriesty via Moscow in mid-winter (around Dec 1939 or Jan 1940) and located his mother with his younger brother and sister in a camp nearby.  He worked as a timber hand and visited his mother most Sundays.  Sometimes at night he crossed the frozen river to trade his mother’s trinkets at a nearby village.  He might have attended a school but he did not mention it to me and I never thought to ask.

After some months he and his mother communicated through an intermediary with his father who ran the power generators at a mining camp not far away. The whole region was a labour camp and lots of people were always on the move so it was not difficult to travel to meet his father.  During their two weeks together his father urged him to ‘get away from here’ and ‘go south.’

Merging with throngs of others like himself being transported to various labour camps he worked his way southward on successive trains until he found himself trapped on a train heading east.  He destroyed his papers.  The train stopped in the wilds near Irkutsk, and he was pushed into a crowd of men selected for a special labour camp.  Thus begun his long march shackled to a chain with scores of other men.  He reached the camp around November 1940.

These dates are very uncertain.  In my story I wrote that he escaped in February but perhaps March is more likely.  In this situation one guesstimate is as good as another but the train of events does seem entirely consistent and explains why he was  unaware of the amnesty. There is no argument that both Mr Glinecki and Mr Glinsky were at Kriesty.  One says the records tell the story.  The other says that in the chaotic conditions record-keeping was hit-and-miss. In my opinion the latter story is easy to believe. One has to wonder how long it would have taken the authorities, such as they were, to realise that Mr Glinsky had absconded.  It’s more than possible, I would suggest, that when the amnesty came his name was simply ticked off with the others.

Mr Glinecki writes of his surprise that Mr Glinski portrayed himself as’ the leader of the group of prisoners’ which included two captains and a sergeant from the Polish infantry. He says: ‘The idea that men from the Polish officer corps would need to be — or allowed themselves to be — led by a young teenager fresh out of school struck me as altogether beyond belief.”

I quizzed Mr Glinski about this most particularly. He said he kept his escape plan utterly private and he did not work with two others as claimed by Linda Willis in her excellent book ‘Looking for Mr Smith.’  On the night of his escape he was totally surprised to see men following him.  He thinks that because he’d been befriended by the commandant’s wife he was being closely watched by others.  And it’s likely a sheer coincidence that others saw the blizzard as the best moment to run for it and the dip in the fence as the best spot to cross.

Mr Glinski was the son of a high-ranking Polish cavalry officer and himself a cadet at a military school. He would have been completely familiar with ‘officer class’ individuals and not daunted by them.   He did not impose any leadership.  In effect he told them:  ‘I am going that way and you can do what you like.’  When he looked back he saw them following him.  This happened repeatedly.  The two officers, he said, were in a bad mental state and were ‘nurse-maided’ by the sergeant.  The officers died on the way and the sergeant was killed in a cliff fall.  The mysterious Mr Smith said little but kept himself close to Mr Glinski and supported his actions.  There were hardly any discussions about what they should do and they did not exchange personal details.

About the Lubianka episode: Mr Glinski did not mention it the first time we talked through his story but it did emerge the second time.  I have to wonder whether he was in fact using ‘Lubianka’ as a euphemism for the hated officials who had taken over his life.  To any young man in that situation, a tribunal of any sort behind barbed wire would have seemed like a Lubianka.  This is just a possibility worth mentioning but the Lubianka story could equally well be true.

My notes have nothing more to add but in my opinion the story that emerges is rational and convincing. 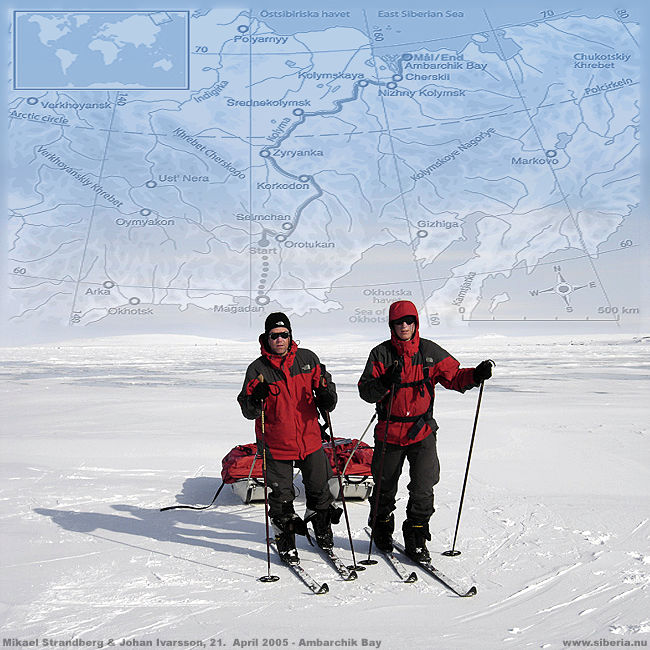