Gee, I’m really, really frozen right to the backbone! But, these three days of travel have offered some of the best winter scenery I’ve ever come across! Lots of deep snow, mountains, valleys and this eternal taiga, and with this cold, the hazy appearance of the sun – the beauty is stunning. This cannot be seen elsewhere. You need this extreme cold to get the alluring foggy misty freeze and extremely clean, high and fresh air!

What a privileged time it has been! It is like travelling in a continuous dream…..But, the cold. The cold, is fearsome…..at times I ask myself, is it really worth it….and it doesn’t take many seconds until I say loudly yes! And the best experience of all is meeting the personalities we come across. All from wolf hunters to reindeer herders…I tell you by experience, there’s a handful of these nomadic people with such wonderful personalities around today, as I remember from my Kolyma expedition 2004-05 (which was much harder, since me and Johan didn´t have a wood stove to warm us, just our body heat). And they´re all good on camera as well! No doubt, we have good film. Plus, the photographer Yura Berezhnov is the most hardworking person I have seen. The best of the best and his photography is world class. We both haven´t gone to sleep before midnight yet. Every night we spend 2-3 hours preparing kit and transferring material to hard discs. It takes about two hours to warm the kit up for use. Mainly by using body heat to thaw cables, laptops,cameras and hard discs. Even though we can´t communicate to well, he speaks as little English as I speak Russian, it feels like we have worked together for years.

At this precise moment it’s actually quite bearable out there, just around minus -35 below zero Celsius and the sun is out. All of us have taken a good beating after 100 km.s of travel, basically over three days. Yesterday we had a day off after filming a permanent reindeer camp and a couple of wolf hunters. We needed it. It was a challenging start and this cold eats in to your bones. Because we have a far too small tent for four people, with a fabric which is far too thin for this climate and a Chinese made wood stove which is not doing too well, we have to put in a lot of work just generating heat to survive and the amount of work this takes makes relations slightly tense at times in the group of non-Evenys. The Eveny friends and members are doing much better. It is a joy to be with them and I am learning a lot about their tough lives. On Expeditions as ambitious as this, you also learn a lot about yourself. But, as a whole, so far we are doing very well! I would say, all due to the Evenys who have joined us and helped us with the most simple details.

Right now I am sitting with our only female member, Vika, who is preparing bread whilst her husband Slava and Tolya have gone to a permanent reindeer camp about a kilometer from our wild camp to pick up 3 reindeer that they, as the Even custom dictate, where given as gifts yesterday. These three are not used to pulling reindeer, so we had to leave them at the permanent camp yesterday. They are now going over to pick them up after spending a major part this morning preparing special harnesses made to make them follow their orders. One of the highlights each day is when it is time to go into Vika’s and the Evenys tent to eat and socialize. It is much warmer in their tent, her food is great and full of variety, everything from home made bread, to fried fish, casseroles of pasta and meat (I have eaten so much tough meat that my teeth ache each night) and yesterday we had straganina, frozen raw fish, which is kind of new to the Eveny.

Tolya, Vika, Slava and Yura all come from further south of here. It’s not too far of a settlement in the south, where we plan to end named Okhotsk. This extreme cold is new too them as well fighting colds and sore throats. So much is new to them, but of course, they´re doing fantastically well and without them I fear life would be so much more demanding and hard. They´re hard working, kind, friendly, still a bit shy and it’s a real pleasure to see them do their work from herding their loved reindeer to chopping fire wood and preparing for the night. They set up camp in no time. As for us others, we’re still learning. In our tent, it’s been three bodies for two nights in a row now. Yegor has slept in comfort with his friend in another camp (possibly since he just had a birthday), and that has given us others time to improve our skills a bit. Yegor who has organized this Expedition selflessly which is as good as it can be. I am very happy!

And Bolot? I know Bolot has a lot of readers following him and I have to say I am impressed by Bolot, who is as far from an outdoor person as one can be, but he has adapted very well and even though I know he looks forward to the end, access to Internet and his family, he seems happier than I have ever seen him. He’s great company too. It must be harder for him than anyone else but he is doing very well. Impressive!

Our plan now is moving on 15 km:s today, set up camp and prepare for the hardest part of the trip, passing two mountain passes, where the fear of avalanches is big. It will be 5 days with no humans around until we arrive to Vikas father´s camp. Our speed is about 7-8 km:s per hour.

Ooooh, I wonder how we all will look like and be in five days. I hope to report soon again though, if we get the generator going. Yes, we are hauling 100 litres of petrol with us and a generator. It would be impossible to do this otherwise, since batteries get drained far too quick.

What an adventure! It is almost unreal!

(I just learned via walkie-talkie that we will be staying another, our third, night out here in the taiga, because the gifts in the shape of the reindeer, ones that Tolja and Slava where given yesterday, doesn´t want to do as they want. So they need the whole day to train them. We will have to set up camp again, after just having taken it down. With materials based on material found in the taiga, these Siberian camps take time to set up…..And I did the mistake of calling Pam and the kids in Yakutsk, this makes me miss them more than ever! However, I know my wife would love this trip and time in the taiga! But still too hard for Eva and Sardana) 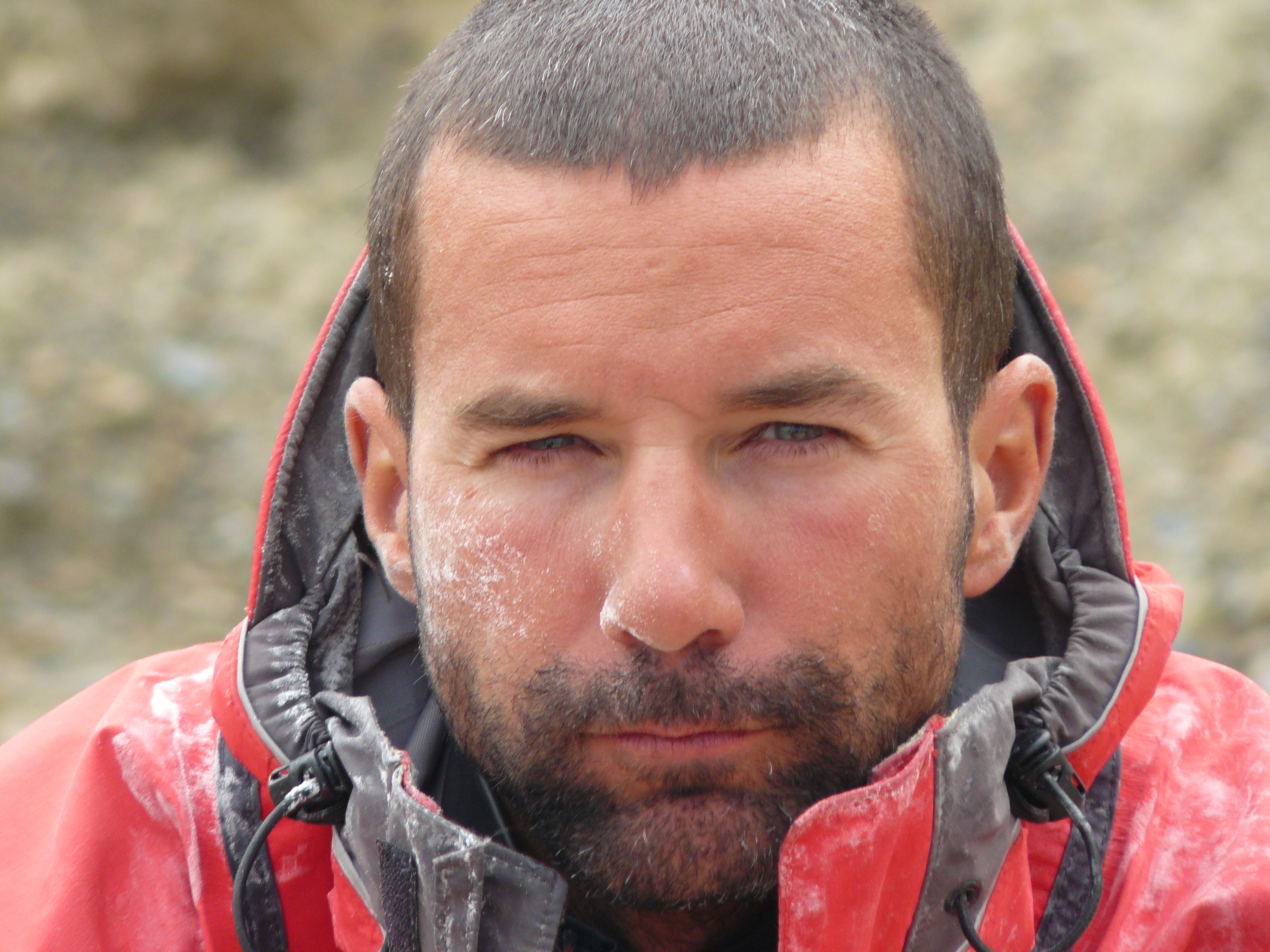