Reading mainstream media, one imagines that AQAP has taken over the entire country and that most Yemenis are militants

Imagine the following: after weeks of convincing his editors that it is safe to travel to the US, a journalist from Landistan arrived in Kentucky state. Before his arrival, he read many news articles on the country and followed a number of journalists and activists on Twitter. He had no time to read history books that would have provided context to the situation.

In Louisville, Kentucky, he went to visit the school where student Mathew Ward killed the schoolmaster in 1850, followed by visits to the states of New Hampshire, Ohio, California, Maryland, Illinois, Oklahoma, Connecticut, and Texas to visit the schools that witnessed gun-related incidents in 2012.  The journalist met with families of the victims and of the perpetrators in the nine states.

He then wrote a story entitled “America’s Gangs and Guns,” where he boasted about his visits outside the capital, which gave him a great overview of the country.  In his article, he mentioned “the bloody Americans” at least three times. Never once did he highlight any of the anti-gun campaigns or speak to Americans who are against gun violence. The friendly and diverse American population, the innovation of its scientists and creativity of its artists was also missing from the story. Instead he visited Walmart, the large discount department store that sells firearms, and wrote: “while the son is choosing which candy to buy, his father is choosing which type of bullet.”

You may think it is impossible for such a bias article to appear in a mainstream well-respected western newspaper. However, when it comes to Yemen this is unfortunately quite common. Yemen, the land inhabited by 24 million people from different backgrounds, regions, sects, dialects and landscapes has been reduced to Al-Qaeda or Al-Qaeda in the Arabian Peninsula (AQAP), wars, poverty, Qat, tribalism, or the ancestral home of Osama Bin Laden.

Reading mainstream media today, one imagines that AQAP has taken over the entire country, and that militants are roaming freely throughout. One might also come to the conclusion that most Yemenis are in fact militants.

The country with a long history that was once hailed as Arabia Felix, land of generosity, wisdom, coffee, the first sky scrapers, the land with many queens and great architecture, is now only about the hysteria of the decade: terrorism. This is not to say that terrorism is not a problem, it is, but it is not the sole problem, and the way media reports on it with no analysis of impact of the war on terror, nor any depth, simply magnifies the problem.

On September 30, 2011, I went to the streets of the capital to get people’s reaction on the killing of Anwar Al-Awlaki, the Yemeni-American cleric who was accused of being a main recruiter for AQAP. To my surprise, many people responded, “who is Anwar Al-Awlaki?” This highlights the sharp disconnect between Yemenis and the media reporting on them.

In mainstream articles and books, there is hardly any mention of the majority of Yemenis who dislike extremism. A notable survey in 2011 concluded that 86% of Yemenis have an unfavorable opinion of Al Qaeda. Media failed to report that when the American teacher Joel Shrum was killed, many protests were held in the city of Taiz against the killing, and against extremism. In fact one year later, people in Taiz organized a silent memorial to remember him on the anniversary of his death. Only local media reported this event.

Al-Qaeda has overshadowed most reporting on Yemen. Mainstream media has not only perpetuated and enhanced stereotypes but by doing so, has unintentionally caused damage to Yemen’s reputation. Journalists are slowly erasing the long history of Yemen and its traditions, and depriving people of their voice. Yemen at large remains extensively unexamined.

There is no doubt that constant one-sided reporting filled with stereotypes breeds hatred of the other. The singling out of Yemenis at airports abroad merely because of their passport has caused many to feel unfairly targeted and some believe that they are victims of this bad reputation.

It is no wonder that at home, some have began feeling suspicious. “Are you taking pictures to make us look bad?” asked a taxi driver to a foreign journalist. “No that is not my intention, you have a beautiful country,” he responded. Driver exhaled in relief explaining that sometimes journalists pick the most un-common event and say this is Yemen.

When I told young activists about this article, Amira Al-Arasi said, “yes, yes our reputation abroad is terrible,” she jokingly explained that Yemeni citizenship alone cannot be taken seriously. “This is why when Tawakkul Karman won the Nobel Peace Prize, she also received another citizenship,” she said, and the crowd of activists around her laughed.

The televised revolution somewhat helped change the perception of Yemenis in the eyes of their Arab neighbors. In some Arab countries today, the first question is no longer do you chew qat? – but rather, have you been to Change Square? However, this has not yet spilled over to mainstream western media.

In fact, during the uprising, Yemen’s coverage was weak when compared with other Arab Spring countries (with the exception of Bahrain). While media covered the art and comedy in Egypt’s Tahrir square, the poetry, theatre, and music of Change Square was hardly covered when it came to the Yemeni protests.

“If the Yemen protests had been streaming on western TVs during 2011, it would have increased awareness of the country outside of the terrorism-related news, and would have generated more interest in Yemen,” said a western journalist.

“Unfortunately that didn’t happen,” she added. Why only fear-based media?

For a number of reasons, the media narrative on Yemen is completely flawed.  One aspect is the lack of knowledge on the complexities of the country.

“The editors I work with have never been to Yemen, they know at best – only a little piece of what is already published – and are often people with a liking for clichés,” said Sara, a European journalist.

Parachute journalists also know very little about the country and when reporting assess it only based on what they see in comparison to other countries, not what they see of Yemen in comparison to its own past – because they often do not know Yemen’s recent history, hence it affects their analysis of the current situation, making their reports diluted and superficial.

Even worse, is the fact that many write about sensitive topics from their desks in London, New York, Paris or Dubai without ever stepping foot in Yemen.

Who needs to when you can just ask a few online activists what they think?

Many of the freelance journalists based in Yemen, start their career here. With time their knowledge of the country increases significantly, especially when establishing a wide range of contacts. One advantage in Yemen is the ease at which contacts can be established even at the highest levels. Seniority is not an issue, nor is experience; young freelance journalists are able to meet and interview top officials. Yemenis in general are often very willing to speak to journalists as well.

Yet despite their knowledge compared to the parachute journalists, many have not been able to pitch the stories they want. Except for a few of the very established freelance journalists, the majority complains of lack of response from the editors.

Today’s journalism on Yemen is no longer about getting the facts right, or inspiring people to think independently, it is about who can write the most sensationalized story on the country – no matter how many times it has already been told – because that is what sells.

The irony is that editors claim there is no interest for stories from Yemen, yet few stories that are non-security linked are published, so how do they assess that interest?

While editors often do not take stories beyond headline news, young journalists who are trying to build a career in mainstream media feel pressured to only write inside the box provided. Then because they only write within that box, that is what editors expect. It’s a vicious cycle.

Journalists seem unable to openly criticize this cycle or the negative coverage of Yemen. When I asked a number of freelance journalists questions for this article, many agreed to be quoted but without their name or nationality. The life of freelancers hangs in the hands of these editors, but at the same time, editors should know what the journalists who work for them really think. What can be done?

When writing, journalists should keep in mind that just as Norwegians are not defined by Anders Behring Breivik, Yemenis do not want to be defined by his Yemeni equivalents. As obvious as it sounds, many have not yet internalized the idea that humanity transcends boundaries, only when that happens will reporting change and the orientalist approach to analysis may be reduced.

Journalists will begin to report what they see not solely in comparison to what they know of the West. For example, instead of the failed state theory, which has been discussed for two decades, we might read more about tribal and community methods of maintaining peace. Because of “its rigid and Eurocentric approach, the failed state thesis is unable to recognize the strategies employed by states like Yemen to ensure their survival, which include the purposeful production of chaos,” wrote PhD Candidate Sophia Dingli.

In addition, stories may transcend the usual topics, and may even focus more on the people of Yemen rather than on the person writing the story. For example, instead of stories on the bravery of journalists going to the weapon market, we may read about the relatively low crime rates despite the high number of private firearms.

When editors do not agree to publish these articles, some journalists decide to write in alternative media. “There I work with editors who are ready to publish stories written from new angels,” said Sara. “I write for money, that is what I do, and then I realize I must also write for free to do Yemen justice,” she added.

Yemenis in the diaspora, and those who speak English inside the country should be more proactive in providing feedback to journalists and editors, and publically acknowledging when mistakes are published. The truth is, there is no media watch. Anyone can write anything misleading, incorrect, or biased and mainstream media will often publish it. Atiaf Zaid Alwazir is a researcher and blogger based in Sana’a. She is also a co-founder of the media advocacy group @SupportYemen. 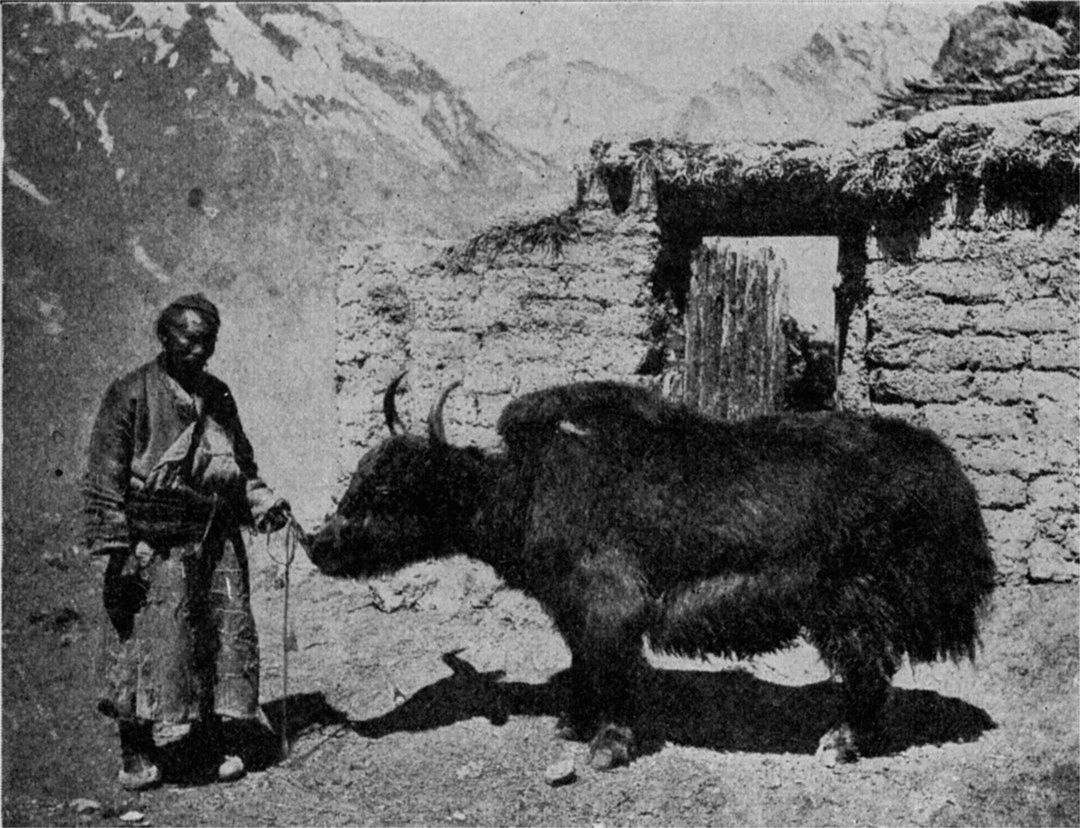 The Yak of Tartary