Skip to content
” It is almost impossible to describe the physical suffering we experienced during the month of December. I can tell you one thing. There’s a big difference in temperature between -30 and – 40, there’s an enormous difference between -40 and -50.” 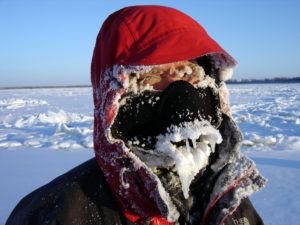 Yesterday whilst preparing for a motivational talk, I found these notes and reports. Hidden away among hundreds of maps. I thought they were lost for eternity. But I was smart years ago to print all the reports from the Siberian Expedition 2004-5! It is a good read! 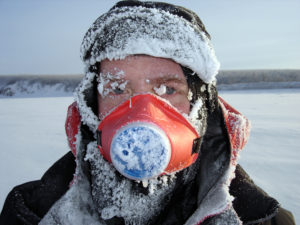 “After a week of skiing we started having temperatures below 50 every day and night and the extreme cold never left us. And the darkness arrived, with only two hours of daylight during the first two weeks. Even though the river was covered with only a couple of inches of snow, it still felt like pulling the sledges over sand. It didn’t help that we both were walking, not skiing, since our ski bindings had broken when the temperature dropped below -58°F, as with most metal parts of our equipment. The heavy load, 330 pounds each, made us sweat profusely the whole time, but we just couldn’t stop and have a break. Every time we did, we seemed to pick up more frostbite’s on fingers or cheeks, and it felt like the liquid in our elbows and knees froze and we started to shiver uncontrollably. During one day Johan had three bouts of diarrhoea, due to that we worked 16 hours every day without stopping, and he picked up frostbites on every finger on both hands. Initially we got terrified when we felt the burning sensation of the first stage of a frostbite, but successfully we used the old lumberjack technique from back home to continuously move your fingers and on and off, whilst moving, stick them in under your jacket and warm the hands under the armpits until the pain was gone. When the after two weeks we got pretty much total darkness and temperatures went below-70°F, it was suddenly impossible to form a decent thought or even to daydream. Or feel any worries. By pure survival instinct, we knew we had to keep moving and never stop. We both picked up a never ending cough which accompanied all the way to the end of the expedition and every time we stopped when it was time to pitch the tent, that dreadful time, we experienced an odd sensation, when we first exhaled, coughed and than heard that familiar tinkling sound which occurred when someone’s breath turned into a shower of ice crystals, which locally was referred to as “the whispers of the stars”.

See the reportssent to Swedish TV (SVT Gokväll) during the journey