I had to stop half way, when we left the cellar at the Museum of Memory of the Victims of Repression and took to the stairs to make our way up to the top floor of the old administrative building. I felt nauseous and almost felt like crying. We had been all by ourselves in the cellar, which could have been an actual place of torture during the Stalin years from 1931-1953. There´s no proof it was. Nevertheless, in these days, the cellar has been turned into a section of the museum which with the help of wax figures recreates torture techniques, interrogation rooms, solitary confinement and with the help of sound strikes fear into a visitor. It wasn´t my first encounter with the penal system created by Stalin and his henchmen, the GULAG. Back in 2004-05 I had traveled up the Kolyma River for almost a year and almost every settlement had clear signs and memories of what most people believe was the worst of all areas of the GULAG camps. Every village and town had their museum with Soviet memorabilia and terrifying images and stories from the Dalstroy years and their camp commander Eduard Petrovich Berzin. He used to demand that tractors were turned on at the same time as he played classical music as high as he could when the unfortunate camp prisoners were tortured. He was a cultured Latvian who had gained Feliks Dzerzhinsky’s, the boss of the Cheka (the secret police), trust. He was later executed by Stalin´s henchmen. I have often wondered why such a cultured person became one of the worst killers in history. But that is only one aspect of the GULAGS that I have had problems of fully understanding. Today I understand the reason is my Western upbringing and how we are taught that everyone sees the world as we do. Wrong. One of the first things you see when you enter the gates of the former administrative center is a head statue of Feliks Dzerzhinsky. It stands in between the museum and the former house belonging to the camp commander. It is next to a white winter statue of V.I Lenin and a gigantic monument of the Soviet symbol of the hammer and the sickle. It seems polished and new. It was some of his members of the Cheka who first came here with their first unfortunate prisoners back in the early thirties. There was nothing more than the endless steppe awaiting them. A few locals living in yurtas welcoming them. Together they started building the first housing to become part of one of the biggest GULAGS in size in the entire Sovietunion. 300 kms from north to south, 200 kms from west to east. One of the remaining buildings is the museum. located about 40 km from Karaganda in the small interesting village of Dolinka. There were hardly any settlements left from the GULAG era along the Kolyma. The odd watch tower, the orthodox crosses, some fences and ruined buildings, that is all. I remember most of them were to found in the most stunning and beautiful surroundings. In comparison, the Karlag Museum and the village of Dolinka are therefore a rare experience for me. The museum has been renovated and opened 2011 and it is really a very good museum. Even if it is very scary and emotionally terrifying. We had a great guide, our friend Nazym Bonk, and that is important to get perspective. Nevertheless all exhibitions are displayed in a way so one can understand quite a lot by oneself. That is also rare in the world of museums in this part of the world. And there´s buildings and items dotting the village which have survived. the hospital, the barracks and the most extra ordinary discovery of all -even though it shouldn´t surprise me- people still use and live in these old buildings once occupied by torturers and murderers. Like the camp commanders house opposite the museum, which today sports a big satellite disc. Now, for somebody like me who believe that there are good and bad spirits (call it karma if you like) in every building on earth, I would most likely commit suicide after living a while in a former GULAG commanders house due to the incredibly bad karma. Now, this reality have never been a problem in this part of the world! And once again, that is what bothers me most as a Westerner. I still fully don´t comprehend the way people saw and still view the GULAG years. As something necessary to develop a system many still today miss. Even though so many Kazakhs and other nationalities lost their lives in the most inhuman of all ways, there´s evidence that many who were involved dealt with it in a very different way to how I personally would see it. For me it would all be retribution for what they did to me, my family, my friends and all the others. But the knowledge of the reasons for the GULAGS and a more sane analysis has happened since I did research on the GULAG and Kolyma back in 2004-05. 10 years later on new information has turned up. There were far less people killed systematically than initially believed and, which is very surprising, it seems like up to 115 000 prisoners were released every year. This is major news to me. That is if I am to believe Steven A. Barnes, assistant professor of History from Princeton. With the knowledge that many of the Langley boys and girls originate from this University I always take anything coming from here as regards to the international arena, especially the former Soviet, with a fair amount of suspicion. * (See comment below) However, his book Death and Redemption: The Gulag and the Shaping of Soviet Society should definitely be part of the Anglo-Saxon reading world about the GULAGs. He writes that these released were part of the profound belief system of those who organized the GULAGS, that you could redeem and become a good Soviet citizen. I think this is a little known fact. Or maybe nobody wants to bring this reality up. For me, this was a very important discovery which came to light during the visit at Karlag. Steven A. Barnes also writes about the mass camp strikes which took place after Stalin´s death. I quote from the book:

“On the one hand,  Stalin’s  death was cause for joyous celebration among the prisoners. On the other hand, prison uprisings were formulated as workers strikes. What were the demands of these prisoners? Unconditional release?

No, they wanted to receive treatment equal to other workers. They sought to be included in the Soviet
working class and Soviet society.”

This is a similar story to what I have heard many times before. It doesn´t surprise me anymore. Neither did the issue which came up during the visit and the research which followed as regards to the Long Walk Story. I came across the reference of Alexander Dolgun who some researchers believe is the unknown Mr Smith in Slavomir Rawics book and Peter Weir´s film The Way Back. He ended up in the Steplag Correction Camp also in the Karaganda region and he writes about another peculiar GULAG way of life. When he arrived the first time at the camp he heard music, a band playing joyful songs and suddenly he sees a small band of prisoners welcoming them with great music, but themselves looking like death. Another anomaly of the Gulag which Westerners doesn´t understand. I also read yesterday, staying on that topic of the Western view (read Anglo-Saxon), a Western blogger calling herself oddly Kazakhnomad, (living in the bustling city of Alma Aty, not the most amazing nomadic place is it?) saying that she found Karaganda a sad place due to its history of the Karlag. That after spending only a few days in this great and exciting town. That is another narrow minded Anglo-Saxon view of the world I am getting so tired of. She is an English teacher who has traveled to very few corners of the world, with little perspective outside her own American world, and one has to be careful when having opinions of other parts of the world purely based on oneself and ones world view. And a reader should understand that the Anglo-Saxon world view doesn´t apply to all Westerners. In my book, Karaganda is a great place with a thrilling history way before the Karlag years and it is one of the most exciting, hospitable, friendly and  extra ordinary places on earth.

Here´s a few links of interest as regards to Karlag and the Museum: 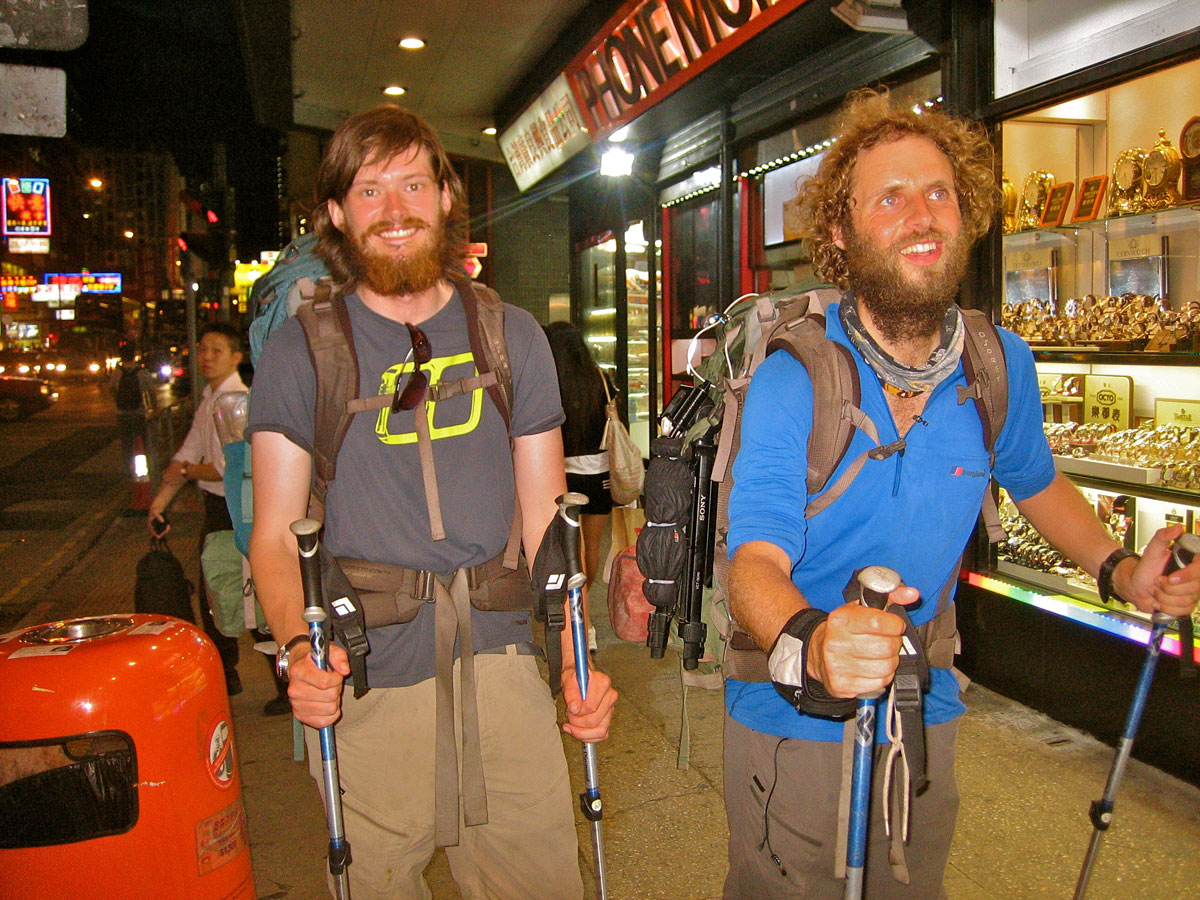