’“Of course it was much better for us during the Soviet times” , Nadia told us whilst sitting at her kitchen table in the one room log cabin. She added; ’“There´s nothing good today.’“
Nadia lives with her partner, Ganya, in the village of Chirpolay most of the year. Even though they have an apartment in Arkan, they much prefer life out here, far from any people.

’“There´s too many people in Arkan’“, Ganya told us; ’“And there´s nothing to do. It is boring. But out here in the nature, there´s always something to do.’“
At first it was hard to persuade Nadia too be filmed and interviewed, as it has been with all the women on this trip and the reason has been the same. They don´t feel like they´re at their best at this precise moment and that their good looks are not appearing as they should. Finally, she agrees, and if there’s one thing I missed out on during this trip, it’s the ability to get closer to the few women we come across. With Vika, who´s doing such an extraordinary job in every way for so many men basically cooking day and night, I do hear bits and pieces from her. So I was very happy when Nadia started to talk.

’“Of course it’s hard being a lone women out here among all men’“, she said with some laughter; ’“I am eternally cooking, mending clothes and gear and servicing the men.’“
’“Why do you think so few women want to live out here in the taiga?’“, I ask her and she says, she has no idea; ’“I have been living out here since 1978.’“

When she started her life out here, Chirpolay was a kolchoz under the Soviet system which included everything from a wage to a holiday every two years and lots of reindeer. There are not as many reindeer today.

’“So since the age of freedom which appeared with Perestroika’“, I asked: ’“Is there anything which is better today?’“

Both shook their heads and said almost in unison;

’“Nothing. It is actually getting harder for every year, our income from a small pension and selling meat and fur is the same, but the cost for food and other items just get more expensive by the year.’“

Nadia has been worried quite a bit the last few months. She’s been reading in newspapers and heard on radio that doomsday for the world was on its way. It was a frequent topic on the radio the Eveny use for communication. This radio is often the evening entertainment out here, the gossip of the day. She missed books and if she had books, she would love reading them. Everything from detective novels to old classics.

I went fishing with Ganya two days ago, caught a few great mountain chars myself, but not as many as Ganya, who know the game of this elusive fish. During this trip, Yura Stepanovic, my photographer, went through the ice and something happened with the camera. It is partly paralysed one could say, so right now, we only have 240 minutes left on our CF-cards. It’s may be a slight disaster. Even if we have a backup camera, a small XA 10 (the one I used in Yemen and happens to be a great little camera), but it has no external buttons. So one has to work through the LCD screen, which is extremely difficult, if not impossible, in this freezing cold. But we are slowly closing in on Arkah, where it right no seems like our reindeer trip will reach its end. This is either due to the fact that there´s no snow south of the settlement or that our Eveny members will take their yearly holiday there and don´t want to continue. For this reason, I have been out skiing the last two days, about 32 km:s, it feels genuinely great to see if I can do 30 km:s a day, for 4 days to reach what was our proposed final goal, Okhotsk.
‘
Right now, we are sitting around in this smokey log cabin waiting for the Eveny to gather the reindeer again for us to leave. We are anxious to get away. Yegor needs to go back to sort out his business in Yakutsk as soon as possible. The old sergeant is doing a great job keeping it all together, especially on the time issue. When it comes to this aspect of life, we are two very different cultures, the Eveny and the four of us!

I want to leave because I am no fan of sleeping inside these log cabins. The Eveny smoke day and night and play extremely repetitive Russian music. This can be a bit too much for old men like Yegor and I!

UPDATE! We just have arrived and set up camp in the taiga, just 15 km:s south of Chirpolay after a roller coaster start with new reindeer. It is quite warm for us. 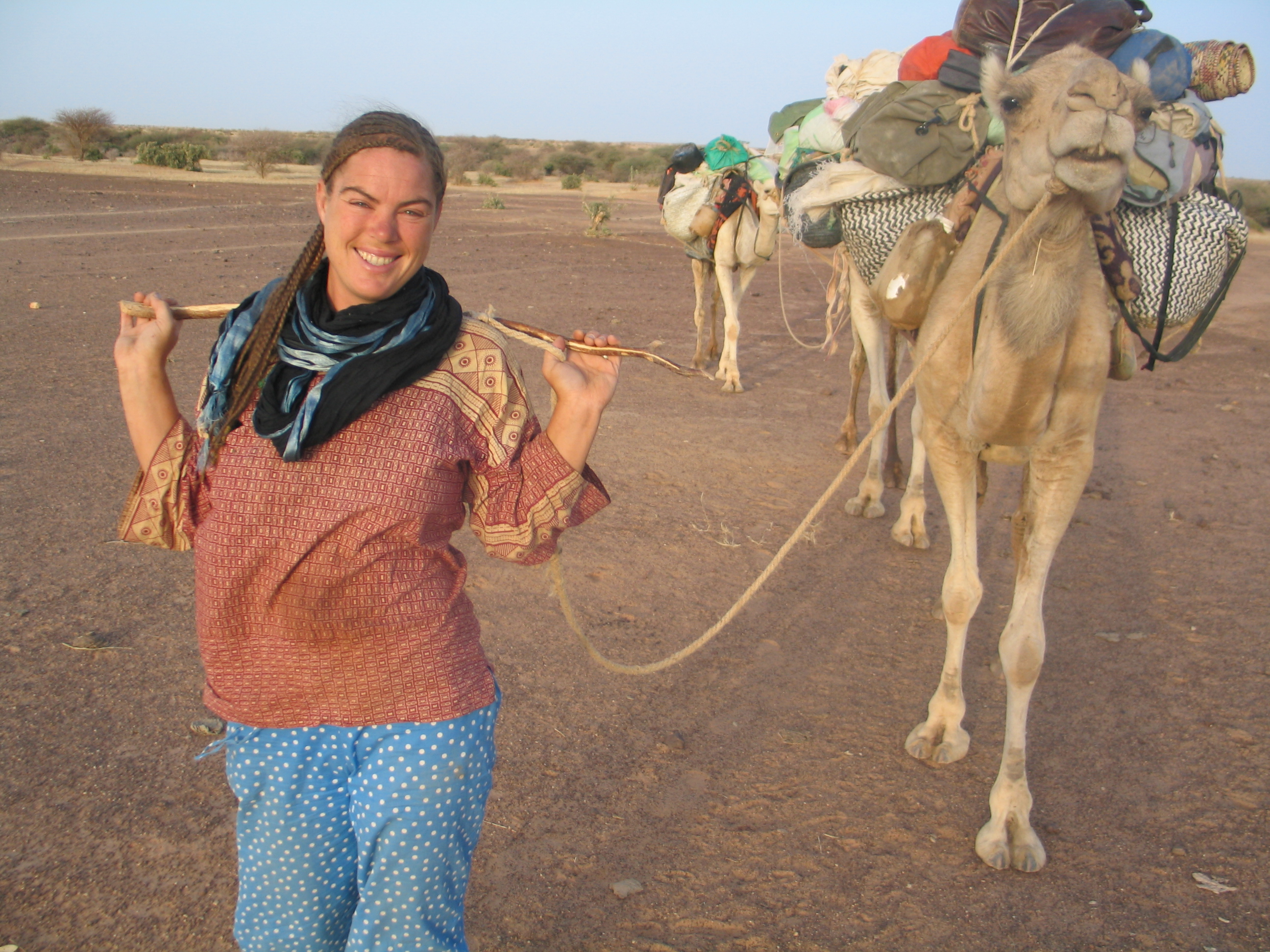 A vital female perspective on adventure