Some of my heroes in exploration seemed destined for adventurous lives – growing up in the Alps or excelling as Special Forces soldiers. Others credit defining moments when they abandoned traditional life and immersed themselves in unorthodox and risky careers. I’ve only dabbled in the life so far because I’ve been attempting to balance adventure with some normalcy. Perhaps my moment hasn’t yet come, and I need to be open to it if it does. Maybe I’ll leave exploration in my past and focus on a family and career. I’m only in my Second Act as an explorer, with the story’s resolution eluding both audience and author. Nonetheless, the roots of my story are in place.

The young me was a rather curious child in Buffalo, New York, USA. I did well in school because I was genuinely interested in how things worked. Math and science came easy to me, which I later applied to learning stringed instruments through my understanding of wave mechanics and Western music theory. Classical music follows rules, and it makes sense to me. In college, I majored in Music Business, with a focus on classical string bass performance. I wanted to work in the music industry and play bass in orchestras for the rest of my life.

Unfortunately, then-newly available illegal downloading networks ravaged the industry I was heading into. I used my business classes to secure work at a bank, a job for which I was horribly unsuited.

I found solace from mediocrity in an unusual place. After Hurricane Katrina hit the southern United States, I quit my unfulfilling desk job and joined a domestic aid organization called AmeriCorps in California. They immediately sent my team and me to New Orleans to help with the recovery effort. I suffered a broken foot, mental and emotional fatigue, issues with alcohol, and internal struggles from witnessing a famous American city lying in ruins. I started to question morality, politics, religion, and wealth. My perceptions of the world were challenged, and I quickly grew up.

Despite the hardship, I thrived in the stressful environment of emergency management. I joined AmeriCorps for a second year, responding to floods, tornadoes, and wildfires around the United States. Deep in my heart, however, was a desire to serve people overseas.

In 2008, I joined the US Peace Corps. I was sent to Ethiopia to help organizations combine their efforts in the fight against HIV/AIDS in the city of Bahir Dar. I lived and worked there for more than two years, with some success and some failure. In the end, it was an incredible host family and neighbors that showed me how diverse human compassion can be.

After finishing my contract, I wanted to do something independent of any government or aid organization. Göran Kropp’s story of cycling alone from Sweden to Mount Everest and climbing to the summit was one of my favorite adventure tales, so I sought to recreate an African version of his expedition.

I took a bus north to Lac Assal, Djibouti. It is a salt lake similar to the Dead Sea, 153 meters (502 feet) below sea level – the lowest point on the African continent. From there, I cycled 3,000 km (1,800 miles) through Djibouti, Ethiopia, Kenya, and Tanzania to the base of Mount Kilimanjaro and trekked to the summit at Uhuru Peak, 5895 meters (19,340 feet) above sea level – the highest point on the continent.

Connecting these two places by human power was an adventure greater than I could have ever predicted. Traveling alone was anything but solo. Strangers gave me water and shelter, and suddenly I was the one receiving aid I so badly needed. The generosity I witnessed can never be repaid, and it was the people around me that helped me reach the mountain.

In the digital world, donations were coming in from all over the Earth to help a children’s center in Ethiopia I had come to love expand their compound in order to house more kids in need. I was on a solo expedition, yet I had never felt less alone in my life.

Afterward, a relationship took me to England, and a job to the Philippines. Five years of traveling had run its course, and I headed back to the US to regroup and refocus a life that was feeling a bit too chaotic.

Now I’m back to a relatively average life. I am a graduate student in New Orleans studying Emergency Management, and I work part-time as a writer and bicycle mechanic. I fit small adventures in where I can, cycling up the Pacific Coast Highway in California and hiking along volcanoes in Nicaragua, but I haven’t been able to do something as grand as Low2High: Africa.

School is the priority, and I love the career I am studying, but big dreams still excite me. There are other continents, other peoples, and other mountains to experience. Will I ever realize these dreams? I don’t know. My sense of duty pushes me toward a demanding career in emergency management. My love for playing music pushes me away from situations where I may suffer frostbite or hand trauma. Exploration brings me incredible joy, but it has stiff competition.

So here I am, suffering from the first-world problem of not being able to decide which amazingly lucky path to take. Exploration feels selfish, unless I can raise funds for charity again. But if charity is the goal, does it cease to really be exploration? I think more than I should about these things, perhaps to my own detriment. But I know who I am and what is important to me, and I have to find meaning in the choices I make.

I don’t know where I’m going, but I know how I got here. Maybe Hurricane Katrina was my turning point, but it has not fully played out yet. I have been blessed with good fortune, allowing me to experience a lot in 30 short years. And while the Third Act of this particular story is currently unclear, it is bound to be bright.

Kyle Henning is a mountain biking and rock climbing instructor at Montecito Sequoia Resort on the borders of Sequoia National Forest and King’s Canyon National Park in California who writes about his thoughts on adventure after his African Odyssey. 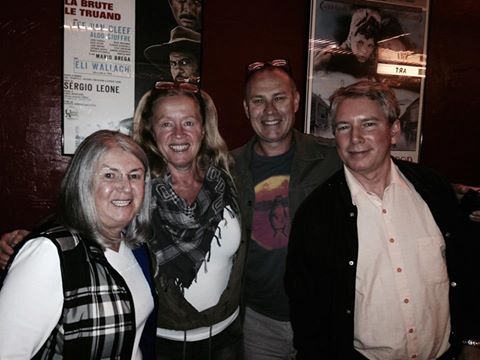