This webpage consists of a number of documents related to discussions of the historical basis of Slawomir Rawicz’s book The Long Walk (1956) and Peter Weir’s movie “The Way Back” (2010).  The images themselves and the accompanying text have been supplied by Zbignew Stanczyk, a polyglottal European specialist and for twenty years a scholar at Stanford University’s Hoover Institute.

While consulting on “The Way Back,” Zbignew Stanczyk attempted to address the decades of questions surrounding The Long Walk by researching the story.  In 2013, Mikael Strandberg contacted Zbigniew Stanczyk regarding this work, hoping that it might be shared with this website’s audience.  Zbigniew Stanczyk agreed and Mikael requested William Jacobs’ assistance.  This led to a several months of collaboration to produce this webpage.

Below readers will find Zbignew Stanczyk’s scans, together with short descriptions of the images from his emails.  According to Zbigniew Stanczyk, the documents concern Polish refugees in western India in 1941 / 1942 (images 1 and 6), Slawomir Rawicz’s imprisonment in and release from the Soviet Union (images 2, 3, 4, and 5), a March, 1942 mailing receipt from the Calcutta police to the Bombay Polish Consulate (image 7), and two stories from the March, 1943 Calcutta Review (the four images in 8).  While in several cases the text is in Polish, hopefully in the near future English translations will be generated.

As goes without saying, everyone interested in the various controversies surrounding the historical basis for The Long Walk and “The Way Back” should find Zbignew Stanczyk’s valuable material to be of considerable importance.  In addition, readers also may wish to review Zbignew Stanczyk’s article “The Long Walk is Mostly True” posted elsewhere on this website:  http://www.mikaelstrandberg.com/2014/03/03/zbigniew-stanczyk-the-long-walk-is-mostly-true/ .

1. A June, 1941 report from the Polish Bombay Consulate to the Polish Government Headquarters in London concerning the arrival of new waves of escapees from the Soviet Union and a request for additional funds to support them. 2. Slawomir Rawicz’s questionnaire on his time of imprisonment in Pinsk 1939 -1940, transfer to Kharkiv and Sverdlovsk, and release in March, 1942. 3. A March 20, 1942 certificate issued by a Polish Government representative in Krasnoyarsk to Slawomir Rawicz, requesting Soviet authorities to assist him with travel arrangements. 4. A questionnaire filled out by Slawomir Rawicz describing his arrest in Pinsk in 1939 and various stages of his imprisonment. 5. Slawomir Rawicz confirming in questionnaire his date of release from the camp on January 20, 1942. 6. A telegram from the British representative in Peshawar sent on March 30, 1942 confirming the Polish Consulate’s payment for assistance provided to four Polish escapees from the Soviet Union.  Regarding this document, please refer to Zbigniew Stanczyk’s earlier posting of February 4, 2011 here!

In March 1942, Chief Secretary to the Government of Bombay, Political and Services Departments, H.K. Kirpalani reported to the Consul General of Poland in Bombay about the arrival of a group of four Polish men who claimed to have escaped from the Soviet Gulag. They had crossed thousands of miles and were taken care of by the Government of India External Affairs Department. Four men recuperated for weeks in the local hospitals as per receipts from the Salvation Army and other facilities. Local government submitted expenses for their stay to the Polish diplomatic outpost. These records can be found among the accounting records of the Polish Bombay Consulate General, to the best of our knowledge, the only documentation from that Consulate which survived World War 2 (Poland. Ministerstwo Spraw Zagranicznych, Hoover Institution, Stanford University).

We assume that the main body of the Consulate’s documentation was destroyed by the Polish diplomats after the British government withdrew recognition of the Polish Government-in-Exile in London in 1945.

We don’t know much about the fate of these men after April 1942, whether they returned to Europe or joined the Polish Army in the Middle East which left the Soviet territory after the summer of the same year.

Among the accounting records there are several “Certificates of Posting” from March 1942 about the heavy exchange of mail between the Polish diplomatic outposts in India and the Deputy Commissioner of Police Security Control in Calcutta and the Undersecretary to the Government of India Home Department in New Delhi. The content of this correspondence must have been destroyed.… 7. A Certificate of Posting about the exchange of information between the Calcutta Security Control Police and the Polish Consulate in Bombay in March, 1942.  In email, Zbigniew Stanczyk notes that “We don’t know what is their content.” and “Information about exchange with the Security Police in Calcutta was entered in in the Polish Bombay Consulate correspondence log.  That’s the only one of this kind which I found. I’m sending it in the attachment.  I remember spending hours for additional clues but I haven’t found any.” 8. Two short articles from The Calcutta Review, June, 1943, titled “Polish Refugees In India” (concerning the condition of Polish refugees from Burma) and “Russo-Polish Affairs” (concerning what we now know as the Katyn Forest massacre). Zbigniew Stanczyk is a researcher (20 years at the Stanford University´s Hoover Institute); public relations specialist; content developer and promoter; event organizer; journalist with the ability to synthesize information with world perspectives, cultural flexibility and language capabilities across geographic boundaries.  And a contributing expert on diverse projects from contemporary politics, social issues, economics, and history to exhibits, film and radio.

After teaching philosophy for thirteen years, William Jacobs has spent the last three decades working as an engineer.  He lives in Los Angeles.

*Mikael Strandberg would also like to thank William Jacobs for his editorial assistance on this article. 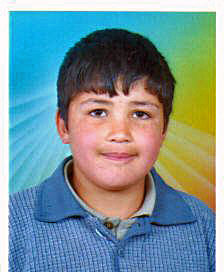