Guest writer number 8 is an old client of mine, a good friend today,  who I met as a tour leader, Christian Jansson, who lives and works for Ericsson in Santiago de Chile. He wrote this thrilling report to his friends just after the earth quake!

Here’s an extra travel email, I want everybody to know I’m ok, and also say thanks to all that have worried. Maybe you are also interested in how it felt.

I woke up in the middle of the night, wondering why. From looking at the lit-up screen of my mobile I knew it was 03:34 and I was thinking there are strange sounds from the outside: humming, buzzing, dogs barking, and other sounds I couldn’t identify. Then the shaking and the noise started. First a little bit more than usual, but moments later it got strong. “Shit this is the one”, I remember thinking as I walked to the door frame of my bedroom. It became very loud: the sounds of things hitting the floors, walls cracking, furniture moving around, and I don’t know what. Hearing things falling made me think this is strong. Hearing concrete cracking made me think this is bad. In the darkness I went into the guest room and with one arm managed to keep my laptops from leaving the desk, while with the other holding on to the doorframe. Normally “a strong one” refers to a 6-7 on the Richter, like living very close to a subway track where one can feel vibrations, plants shake their leaves, and water in glasses move. The Sunday shake is better compared to sitting in a sailboat when extra big waves hit and one unsuccessfully tries to keep all plates on the table, while holding on to whatever. With the loudness of a discoteque. And without seeing almost anything. It felt like the shake would never end. I remember thinking “ok, now I know what the big one feels like, it can stop now, please”. But it just kept shaking. I have no idea if the shake lasted 45 seconds or three minutes, but suddenly it was silent and calm. And pitch dark.

At Ericsson Chile we must attend a safety course so I knew the recommendation after a big shake is to leave the building, in case it got damaged and a second shake brings it down. I couldn’t immediately find a flashlight so I put in my contacts helped by the screenlight of the mobile, dressed, grabbed my passport (not sure why). I then quickly inspected the apartment  (many things on the floor, drawers pulled out, the refrigerator had moved 15cm into the kitchen door) and walked down the nine stairs to the street. All electricity was gone except in the building entrance, so the walking down was a mix of seeing siluettes of people, feeling with hands and feet where to go, and avoiding bumping into persons entering the stairway from lower floors. There were many people outside. Some wrapped in blankets, some in pajamas, couples and families hugging each other. All very quiet. To have something to do I decided to walk around the neighborhood. “Had the earthquake really been that big? Or was I just imagining it?” Both those questions could easily be ignored when I saw the scenery outside. There were 1-2cm pieces of rubble everywhere, and many large windows of banks had exploded into small pieces laying below. I live in a modern neighborhood so I could see none of the destruction hitting older houses in other parts of Santiago and the country. After checking that the tallest building in Latin-American was still standing I went back. It was still very dark although traffic lights worked. Like many others I stopped next to a car that had it’s radio on and could hear that the epicenter had been further south, and that six people had been reported killed.

Back at my building, inspired from not seeing any fallen houses, I walked up the sixteen stairs to the top of the building where the swimmingpool is. The darkness made the stars shine brightly and I could see that the only lights in the city were likely powered by local generators. Then came the big aftershock. I sat down on the roof, not too close to the building edge and could see how the pool water was moving furiously from one end to the other like in a filled teacup held by someone walking with a bad balance (as I’m writing these words from my livingroom couch I can feel another shake start, maybe a five, now it is calm again). When the aftershock subdued I returned to my apartment and after again failing to call my family in Sweden (to let them know I was ok) I turned on the mobile radio to follow the live reporting from around the country. The electricity returned at maybe eight in the morning and I could watch the catastrophe-reporting from CNN. At this time I was also able to communicate with colleagues to learn everyone and their families were alright.

Later in the day I met with friends and walked around the city, had lunch and then we made dinner in my apartment. Things were back to normal, but suddenly when we were drinking whisky on the balcony (the beverage for moments like these) everything went dark again, or rather my apartment went black. Everywhere else there was light. Probably something with the fusebox, I need to wait for an electrician tomorrow. But I have bought a long extension cord and plugged it into a socket in the stairway so at least I can power the refrigerator/freezer and charge my laptop and write this. Hope you enjoyed the read.

On a totally different topic though, look at this, friends who are doing a great job of connecting cultures! 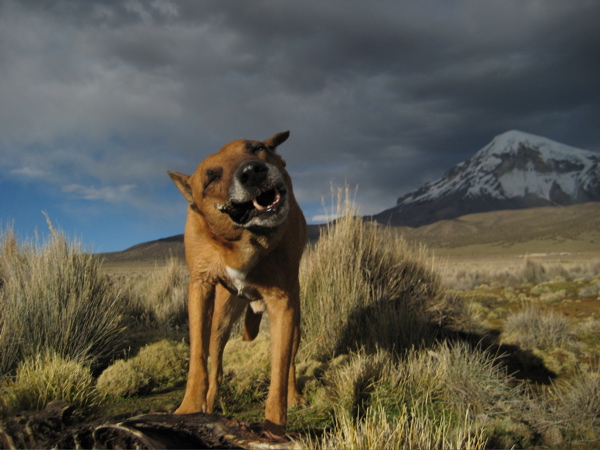