“I know you want to read that book” , my wife Pam told me; “But it is time for your daughter to go to bed and your time to read for her. So put it aside.”

I had promised, as usual, to read for her, so I tried to read a passage from Steve Kemper´s book about the extra ordinary German explorer Heinrich Barth, but Eva´s mum got upset and said my daughter preferred Winnie The Pooh. I am not so sure. But I finally put the book down which had enthralled me a whole day in bed having gone down with the flu, because it is such a great and interesting read – A labyrinth of Kingdoms, 10 000 Miles through Islamic Africa!

This is a very much welcome book in English about the German explorer and scientist Heinrich Barth who has been almost forgotten, even though his explorations, adventures and scientific findings probably surpass more famous African explorer names like Burton and Stanley. The reason for this, even though he made his journey for the British government, was basically due to him not being English and he apparently had a thorny personality. Which is kind of hard to believe considering the advances he did in North Africa, including a year without any means, and anyone who have traveled extensively there know you have to be a social and emphatic human.

Having just come back from a camel expedition in Islamic Yemen myself, I believe there are certain issues I can understand quite well. There´s so many issues in the book which intrigues me. And which I understand. Yemen is very much like the North Africa described during Barth´s visit in the Mid 19th Century. Fragmented, unstable, volatile, tribal, unjust, poor and rich, difficult to pass and travel though without local backing of Sheikhs, Islamic confusion between those who can read the Quran and those who can´t, but think they know Islam, long queues of locals who want and need medicine, at times a fearful population fearing that the explorer is a spy or similar. And full of suspense, great local people and an insight into a wisdom at least on pair with what the Western world can offer.

There are of course great differences as well. Today for an example, an explorer doesn´t have to wait weeks, months hearing something in the shape of post from home, it only takes seconds. Maps are better and existing today of course! One thing which intrigued me in this very well written and easy to read book, which should accompany any traveler to the Islamic world of deserts still today, was the different personalities that set out together. The problems that arouse within the group, especially in between the Europeans, but also with the locals are fascinating. Heinrich Barth was trained in the school of  Alexander Von Humboldt, who even was his teacher briefly, and was extra ordinary meticulous with all details and his profound intelligence to pick up languages, probably makes him one of the most important explorers of his time.  And, for me, with a big interest in the Muslim World of today and before, this book is full of interesting detail, but what makes me happiest, is that Heinrich Barth, which one has to see through the eyes of his time, really liked this part of the world and its inhabitants. He seemed to have very little of the ûbermenschen behavior of many of his contemporaries. Like his English partner, who he set out together with in the beginning, Richardson, which if we are to believe the descriptions of him, was really out of his league all the time.

My only reservation in this fabulous well investigated read, a must in any travelers personal library, is at times the slightly speculative nature of some of the hypothesis about Barth´s personal behavior. As regards to why Barth didn´t write anything here about this issue which most of the time dealt with his personality or why he did this or that.  Some assumptions are just not right. Even though Steve Kemper who has done a really, really great job with tons of profound research about most issues concerning this specific era in history, himself adds that these opinions are just of a speculative nature. My point is that I think to fully understand his behavior you have to be an explorer in this mold yourself to understand that there´s no definitive answers to why, when one considers disease, heat, mosquitoes, loneliness, times of great worries, so…one cannot apply the normality of behavior of normal Western life today on a person in his situation, in his time. I believe Heinrich Barth was less of a thorny personality than he comes across. This is based on my own experience how you have to behave to survive when among local people who try to survive in volatile societies. He might have stood up for his own ideas, but this is often considered a sign of strength in this part of the world. In ours to to. But this is just a reflection of an otherwise great, truly great book!

The book also made me, which I think happens to most explorers, try to figure who among all these personalities do I resemble the most. And I think in my case, it is probably a bit of everyone, but most of all his German partner Overweg, who died due to his naivité! And it also made me think of another German explorer who´s achievements should be remembered but are almost forgotten, Carsten Neibuhr. Who was as meticulous, brave, fair minded and intelligent as Barth.

The book A Labyrinth of Kingdoms by Steve Kemper is a really, really good read and full of detail about a time very few know anything about even today. Steve Kemper has been a freelance journalist for more than 30 years. His new book, A Labyrinth of Kingdoms: 10,000 Miles Through Islamic Africa, was published by W. W. Norton in June 2012. His first book, Code Name Ginger: the Story Behind Segway and Dean Kamen’s Quest to Invent a New World(Harvard Business School Press, 2003), was selected by Barnes & Noble for its Discover Great New Writers award. Harper published the paperback under the title Reinventing the Wheel.

He grew up in Louisville, Kentucky. After graduating from the University of Detroit, he taught literature and writing at the University of Connecticut while earning a Ph.D. He has received several awards for his work, as well as a grant from the W. Alton Jones Foundation for an environmental investigation in Bolivia. He lives in West Hartford, Connecticut, with his wife Judith Kaufman, a fine-art jeweler. 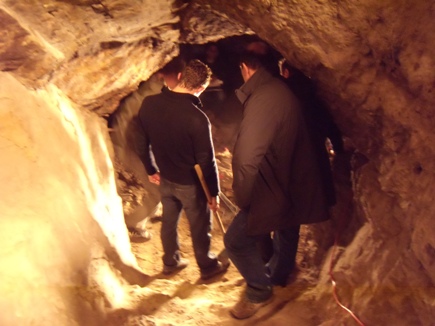