Baris Koca is Turkeys foremost wildlife photographer and his photography is indeed spectacular, but also very important. He is one of few who has dedicated his life to preserving the unique flora and fauna of this giant of a country, Turkey. It met him during my latest visit to Turkey and we spent a few excellent days together. He is a great guy and a very good human, like me trying to figure out life. Read his great article below:

I remember i used to watch photos in world atlas when i was a little boy. The images of different geographies and extraordinary creatures have always attracted me much. Maybe this is the reason why i continue my life as a natural life photographer.

During high school and university years, i spent some period of my life away from my visual interests because of my parent’s concern about my future and because i was living in a society which is not so aware of this subject. So that, i found myself seized with the developments in the computer’s world after university. But, after a while during a depression period i’d fallen into, I’d realized that empty values had been directing my life and how i’d been away from inner satisfaction. I started to make many searches to make my life more livable. Fortunately, having gone to the nature was the first of them.

Whenever i was in nature i was feeling in inner peace, indeed. So, to spend more time in nature i joined trekking groups, in the beginning. ?t was feeling good but not satisfying enough. Later, more serious nature sports, like rock climbing, became my next interest. But again i realized that i couldn’t be motivated sufficiently while doing them. ? felt that what i need was something different. In those days photography got into my life in a way. During my development in photography, i chose my subjects so that it was almost the same place as my previous nature experiences. First travelling photos, then nature sports photos. It went on for a while until i’d realized how we really need natural life to be healthy and the dangers it’d involved. When my knowledge about natural life increased, then my interest has just focused on it. We have the richest natural life (flora and fauna) in Europe and Middle East, so I couldn’t spend my time without thinking about how i could be a part of conversation activities. Also, i’ve started to feel an inner satisfaction as i’ve never felt before while i photograph the nature. I didn’t want this feeling to stop what i feel inside me so eventually, i stopped my 10 ten year old career in engineering to become full time nature photographer.

Though conditions are not good in the sector, i feel happy since i could turn my passion to my life style, eventually. It also increased my joy of life to have a chance to pay back my debt to mother nature…

Born in 1975, graduated from electronics engineering dept. in 1998. Between 2004-2008, while he was still working as an engineer, his travelling photo articles published in several magazines and his photographs awarded by several national and international contests. He was chosen as a member of Management Board of a photography association in Ankara, in 2007-2008.

In 2008, he merged his passion to nature into full time photography and has become professional. Same year, he has been taken over the head of Photography Working Group in TURCEV (Tourism, Environment and Urban Journalists Association). While he started photographing the biodiversity around Lake Mogan, which is one of the most important wetlands in Ankara where he live, one of his photos awarded as highly commended in “Animal behaviours:Birds” category in BBC wildlife Photographer of the Year, the most prestigious wildlife photography contest in the world, and published in 2008 catalogue. Also, some of his photos, from the same work, was published in National Geographic Türkiye July 2009 issue.

In 2009, he volunteerly started photo editoring of Nature Magazine, a periodic publication of Nature Association. His first personal exhibiton that aim conserving and introducing the wildlife in Turkiye, was performed in Harrison Gallery in Seattle/US by “Turkfest” sponsorship. Also, he became the winner of monthly photo contest of Wild Wonders of Europe. Now, he’s been giving a workshop “Introduction to Nature photography” time to time, and preparing a photography project about natural heritage of Anatolia.

See more of his great photos at www.bariskoca.com 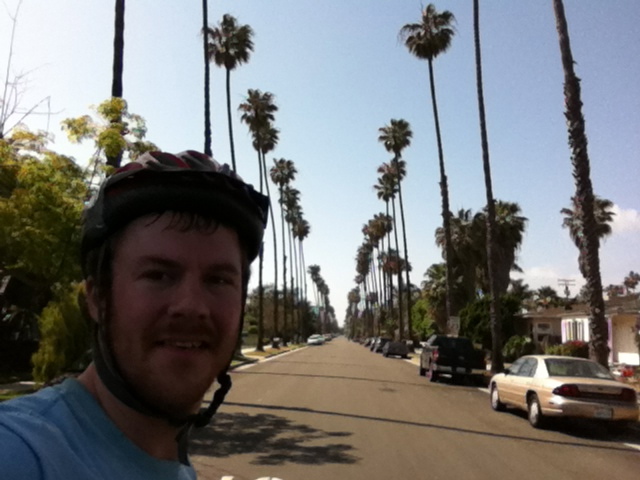 A Different Approach to Adventure By Kyle Henning