Sometimes fate makes you take the wrong decision! Otherwise I wouldn´t have ended up in that part of Sanaa which is probably one of the most dangerous areas of the world right now- just a stones throw from Hashaba. Hussein was really upset last night when I told him about my very complicated afternoon and almost hissed:

“What did you do there without somebody who could help you! It is very, very dangerous and you could have been shot!”

It all began when I decided to join Rashad to film the last part of the story about him, the guy who´s village I went to visit in the last report, during Eid Al Adha. I knew he had told me he lived in a pretty rough area, where he a month and a half ago had to run zigzag over the street to catch a dahab (small mini van) to work, to avoid getting shot by snipers on the roof. But he said it was calm right now, so we caught a dahab at Tahrir Square and set of for his home. I should have realized as soon as the dahab turned right before going crossing the bridge over the battle ground over Zubairy Street and Kentucky, that I was in for a scare.

“You see how the buildings have been shelled” , Rashad suddenly pointed out and we came to a heavily guarded check point, where we were briefly stopped and checked amongst loads of sand sacks and Rashad said; “We are now entering Ali Mohsen´s area.” Now General Ali Mohsen is president Ali Abdullah Saleh´s right hand who defected back in April when the demonstrators started getting targeted and shoot by what is said government thugs or soldiers. He together with the big tribal leader of the biggest clan Hashid, shejkh Al Ahmar, are the two biggest opponents to the president, these three have divided the city in between them one could say (we live in the Saleh part, dominated by Tahrir Square and pro-Saleh protesters)  and after another short stretch of bombarded buildings and soldiers covered by sand bags in pretty much every corner, Rashad pointed to a road ending with loads of piled up sand bags and a flag:

I guess I was excited on one hand to be there, but worried on the other and asked Rashad:

“Do you really think I can film here?” We got off the loaded dahab and walked to the single man’s hostel where Rashad had recently moved together with his elder brother. It was a small room where 2-7 people shared a sleeping space and it was a stop over for the two until they knew about the future. Rashad had also lost his job at the Irianian Embassy since I last saw him, since they said he had taken a longer vacation over Eid than he should have. And since no labour laws exist, you can just kick people like that. His brother had been employed by a government agency since the troubles began in March and hadn´t been paid a Yemeni rial since he started. They employed 18 000 young men in a day, to get them off the streets demonstrating against the government. The filming in the room went fine. Than they all got hungry, 2 friends where there visiting, and we walked through some really busy streets, both with heavily armed soldiers, heavily armed tribes men from the Al Ahmar area and generally, many people screaming:

“Take a photo!” since I was filming Rashad and his friends walking, or:

“Get off the street and stop filming!”

I should have known already than, what was going to happen, but Rashad said: He and his brother got into at least one serious gruff and screaming game with two fellas saying they were security. And after a great Salta lunch (salta is a Turkish word for leftovers from the Ottoman times when Yemenis just to beg Turkish family´s for leftovers and everything they got they put in a bowl and cooked it) we walked back and for some unknown reason they brought me very close to the heavily armed dived between the Mohsen troops and Al Ahmar´s and the surrounding buildings had been heavily shelled. I aksed Rashad if I could take a photo and a few seconds later and soldier came running and accused me for taking a photo of his corner of sand sacks and a short argument followed where I was asked for papers, which I said i didn´t have, to show the photos i took, which i didn´t show and it ended up Rashad and his brother got us out of the problem.

“We go through this every day” , Rashad said. We went back to the room, did some more filmed interviews and chewed khat. And than, according to my notes and had a final scene to film, well, one of the two last, him demonstrating at Change Square and him taking a dahab to work. So we went to his normal corner and after standing there 10 minutes waiting for the Tahrir Square dahab, a soldier came and said we had to come with him to his commander and explain what we were doing. I saw Rashad look worried and that scared me. I stopped a taxi and told Rashad:

That caused a lot of alarm and the taxi, of course, got stopped and we were forced to go to a group of heavily armed soldiers sitting in a street corner, covered by sand bags and they were really upset. I thought:

“How do I get out of this, since all my contacts are more or less pro-Saleh?”

Suddenly one soldier sitting next to the guy who was in charge, all ten of them sitting in a line chewing khat, and they seemed to sit in order of their rank, the boss best covered and the youngest at the end, in the open, easily hit by a sniper, well, the second in command started to speak some English and said:

“You are in serious, serious problem.”

Rashad was in the same time passionately defending us and I explained for the bloke who spoke English, that I loved Yemen and its people and was only filming Rashad who was a friend on his way to work, but the soldier, a sergeant, cut in and told me he had been at University for years, but the lack of money had forced him into the army and now the revolution was on, and he was fighting to free the country of Saleh. Suddenly he asked me:

“I have seen you on TV. You are a news anchor aren´t you? Well, welcome to Yemen and hope you show the world what an evil man Saleh is. By the way, do you have a family?”

“Yes I am and have a wonderful daughter named Belquis! And you?”

“Yes, I have three boys!” he said happily.

And that changed the outcome of our problem, we talked almost for half an hour until they said we could go and said the reason they stopped us, was that this was their job, which I could understand. Filled with adrenalin we got in a taxi and left the group continuing their khat chew.

“They were really I nice group of guys” , Rashad said after he said he had been very worried and thought they would let me go, but put him in a cell; “And I explained that I was out of work, had 8 years in University but no job, came from Taizz and than he said we started the revolution and he was grateful for that. Thank God he was an educated person and he understood!”

Back at Tahrir we sat down for a sweet tea and kind of laughed from relief. It had been a close call and I was as always filled with adrenalin and I felt happy being old and free of the hot temper of my youth. Nowadays I never even raise my voice, just listen and wait and try to be nice and friendly. Gee, it works so much better!

Eva and Pam suddenly showed up, heading for the Old Town and our friends Hussein and Mohammed, so I said goodbye to Rashad and joined the smiling ladies. Whilst Pam and Eva went to the females of a family to document their life, I sat down with Hussein and Mohammed, Hussein came with a glass of home made wine and told me in an upset voice how stupid I had been. Than he and Mohammed continued to chew khat, we watched Al Jazeera and predicted that Bashar Assad would go before Saleh. And this story is really the least interesting that has happened this week. I have met a lot of really important people. One of the, a very good friend I named The Self Made Man the last time I was here. (Read the story I wrote about him here.) Amazingly enough the story holds still today and my last prediction could soon be true!

More of that next week and why the whole family is going to the home of Yemeni demonstrations, Change Square, today after noon!

Finally, it is hard not getting emotionally involved with everything which is going on here. There´s no doubt people in general are suffering, however, being here at this time, when history, possible slowly, is in the making, it is a very strong and profound feeling and wants me/us to be part of it. And as the Yemenis say, everything is politics here.

Or see the professional gallery from Old Sanaa here! 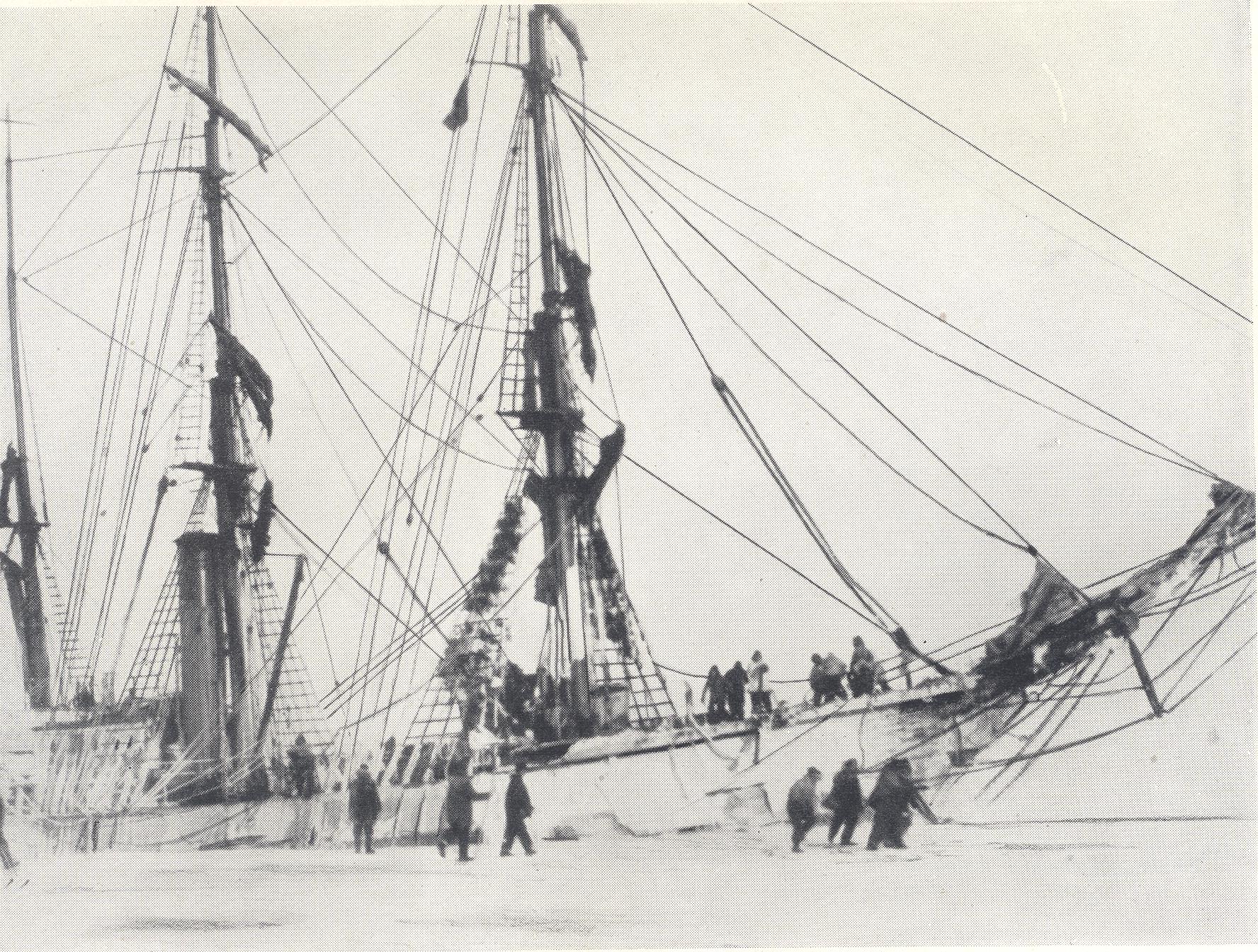