”He is so upset, if you talk to him, he will punch you in the face!” Amin told me, just after half an hours climbing, “He is very angry!”

I could understand him. The climb was brutal, Antar was to heavily loaded, but we couldn´t stop now. If we did, Antar wouldn´t get up again. It was that bad. I have to say it was one of the worst experience in many years and I regretted not taking the time to go up and down to check it out, assess it, but we were all under pressure to get up before it got dark. I don´t think we would have made it without the help we got from the local who wanted to make some money by showing us the route. He knew how to get Antar to move, by shouting, caressing and making a lot of odd sounds. But it worked. Ahmed Amin was really upset, scared and under stress. So he threw stones on Antar to get him moving.

“Don´t do that” , I tried to tell him via Amin, but Amin said: “He will punch you if you say anything. He blames you for this. This is not what he signed up for.”

Antar wasn´t made for climbing. He had never ever climbed before. Therefore he slid on and off on loose stone, dropped to his fore knees, groaned seriously and I was really worried he wouldn´t make it. I was trying to figure out a solution. But I knew we had to continue. We couldn´t stop in the middle of this steep climb. I just hoped it wasn´t going on forever.

The scenery was of course spectacular. But this was the dry season, so it was dusty, sandy an the sun really blazed on. Suddenly Antar dropped down on all fours and it took, at least, 5 minutes to get him up on his knees again. Ahmed Ali screamed and threatened. Our local guide was cool and eventually got Antar to stand up. His legs were shaking of tiredness. I asked myself:

“What right do I have to put an animal thorugh this? If he dies, who´s fault is it? Mine? Or the one´s who said he was trained for this? That is Usama in Zabid?”

At  the end of the day, it is my fault. I set everything in motion and have the overall responsibility, no matter what the truth is. At this stage, to avoid a fight, I just had to keep quiet and hope the end was near. Everything is a compromise, but I should have had more time to prepare everyone involved. This time I didn´t have that opportunity. So I told myself, if we make it, we will take a rest day tomorrow. We started to meet Kalshnikov carrying mountain tribes who greeted us and suddenly we hade made it to the top. Maybe we had climbed 5 km:s during 4 hours. It was much cooler up here and I wondered how Ahmed Ali would handle the cold during the night. He must regret that he joined us, but I had told him that I would buy Antar, if he showed that he had what it takes to continue month after months. And I was trying to figure out, if this climb didn´t show that he didn´t have what it takes.

Suddenly the local guide stooped and screamed he wanted 200 dollars for his job, but now Amin had taught me to be hard. Not too give in too easily and pay them what people earned a day in this neighbourhood. 5 dollars a day. He was happy with that, smiled and left us. I want to add here, that we every day talked to people about route choices and every time they told us we needed local guides. People didn´t have any work and needed an income. I understand this. But we hadn´t brought too much money from Sanaa, due to the risk of getting held up at gun point. According to Amin.

Air was cooler at this altitude. And as the sun started to leave us, it got cold. We put up camp in the middle of a village and were surrounded by curious onlookers. As usual somebody came over to us with sweet tea and big tasty and local bread. I let Amin and Ahmed Ali have it, since they didn´t eat porridge for breakfast. A real mistake, because every morning they got tired quickly and slogged up until lunch, when they got real food and energy returned. As quick as it started turning dark, the muezzin called and both of them went for prayer and everybody left me, resting in the dark. This was the first time I saw both of them praying. Amin did it when it was possible and it gave him a chance to wash of the dirt. Which I still was covered in. Nobody tried to persuade me to convert, which I was used to from other Muslim countries. One time somebody asked Amin and he said with humour as always:

“We pray to Mecca. He prays to Aden.” It would always be followed by laughter. Of course most of people’s life is dominated in every facet by Islam. But with few exceptions, even though everyone always asked if I was Muslim or not, nobody made me feel tense or bad because I wasn´t. The Yemenis are not a pushy people when it comes to trying to convert non-Muslims. I have a lot of respect for that. I was offered quite a few guides during the night for the next chapter of the trip, to Rub Al Utma.

“Maybe we should take a rest day here” , I said next morning when I had a look at my companions.

Amin looked really worn out. Antar had been hewing on bad quality food all night, the maize he liked, they just didn´t have it at this altitude. And this fact worried me a lot. Ahmed Ali was in a bad state. He had shivered and frozen his butt of during the night, so I gave Amin me thermals and he gave them to Ahmed Ali. He really looked bad, so I started to worry that he would get pneumonia up here.

“We can´t stay” ; Amin said; “They tell me that the Bani Saleem is uncontrollable right now. So if we stay, they will hear about us, so we need to leave as soon as possible.”

So we left after breakfast along a rocky road, surrounded by dry trees, dry fields and people working them in very primitive ways. Women up here, compared to down in the valley, were more covered by niqab and abaya, all black and I missed the colourful, more brazen women of the valley, who would come up to you and say something which I really never understood. This only happened when I was by myself. So I set off, as usual, in a speed as high as I could, so I could walk by myself during the day. But Amin caught me up quickly, saying that he was worried about the rumour and said we had to stick together. Which was very tiring for me, because that meant I would, through Amin, hear all the complaints they both had. Which where plenty! They both wanted to quit and go home. So I spent the rest of the day motivating them to stay. Basically saying that they would make Yemen proud if they made it and that I would pay a bonus.

People along the route were really welcoming and I on and off got offered work as a teacher. It was like people craved education, which is a very good sign. I also noticed that many of the local sheiks where former soldiers for Abdullah Ali Saleh and one of them, remembered Amin, when he worked as a tourist police in far away Hadramahwt. He also mentioned that Sweden backed South Yemen in the civil war of early 1990´s! But few of them talked about the war in Sanaa. That had enough problems just surviving themselves.

It all changed when we hit, which was a surprise to us, paved road leading to Rub Al Utma. People where less friendly, the old treasure and Jews dominated and I went down badly in some kind of a disease. Which I reckonized immediately. Ghiardia. 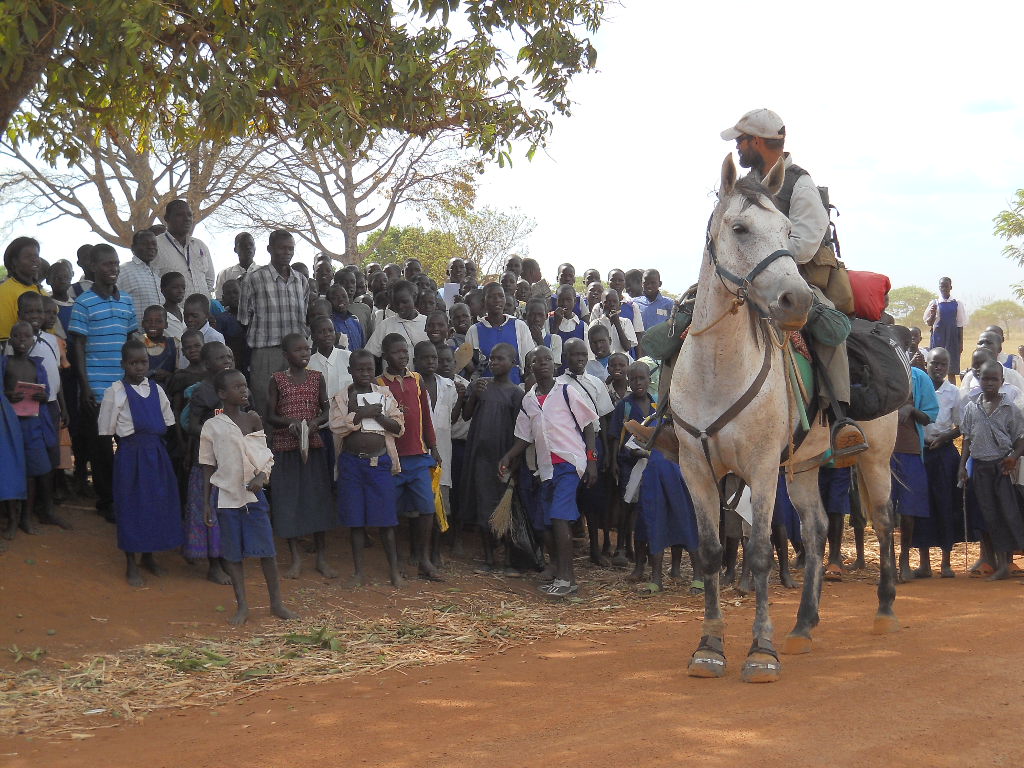