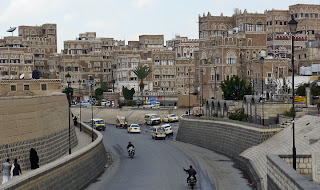 A review by Anders Nordgren, Aramis Film:
In life, you meet a lot of wonderful people.
One of the most wonderful days I remember is when at work it pops up an amazing nice man and told me that now he have an idea … …
I found intuitive that this man touched me, I did not know then, but was aware that it was more than that.
Hi, he said, my name is Mikael and have a little video project!
Exciting, I said, tell me more!
I´m planning to make a film about the wonderful people of Yemen.
Okay I replied , isn´t this a dangerous country, full of nasty terrorists??
Well, Mikael replied, this is what I´m going to find out !! I have not find them before, but I will try again!! This was followed by a big Ironic Smile.
I felt thoughtless and unwise.
This is exactly what the film is showing us !!
We do not know anything about Yemen. If we have herd something it is in media, and they are just talking about Al-Qaida!!! Nothing else !! USA is directing what to report and say!
Life is about meeting people, and learning from them! Meeting real people is learning the true story. This is what Mikael has been doing for a long time, and by doing this in Yemen he show us the True story, anyway his and Tanya´s True Story and it is far from the media picture.
People in Yemen can´t speak English, but they know how to welcome people at the Airport.
They say, Welcome to Yemen, we love you! Amazing!!
When we follow Mikael, Tanya and Kensington the Lovely Camel, during the film we understand that this is exactly what they mean. The People of Yemen is like all of us. They Love their Family, they Love their neighbours, they love the visitors, and they Love Their Country!!
So why this wrongful picture that all terrorist is educated here ?? Well nobody can explain this,
Of course like every society , there is problems, a small % , but where does this NOT exist ??
Regarding the Western view of the Muslim world, there is a big lack of knowledge, because media is giving us a tsunami of ignorance, directed by journalists living in flashy hotels, without meeting the ordinary man on the street.
I have had the honour to see the word premiere of Mikaels amazing The Yemen Documentary
At a Film Festival in Båstad, Sweden a few weeks ago, and I was stunned of the result.
Life is about Meeting People, and this Documentary is about Meeting People.
So I would like to say: The Film is about Life on Tellus. The Film is about Mankind. The film is about humanity. The Film is about Kensington. The film is about the Heat. The Film is about searching …..
The Answer of all this will goes deep in your heart if you see the film, which you must, and I promise that you will feel much better afterwards and the energy to watch western news program will disappear deep in the depth of an dark ocean.
My deepest thanks to Mikael – Tanya – Kensington and all the Lovely people of Yemen !!
Fotografer
Mikael Strandberg
Tanya Holm
Klippare
Ulrika Rang
Color Grading
Johan Eklund, Good Post
Ljudmix
Samir Dounas
Musik