“We are at the current building of the KARLAG museum. It used to be the KARLAG’s central administration. This is where authorities, administration and KARLAG’s staff worked. I know this building from my childhood” , our local host professor Nurshat Jumadilova of the Bolashak University tells us: “When I was little,  though, this building was abandoned and empty.”

We had just spent a few hours during our second day in Karaganda and Kazkahstan being privately guided around the museum by an excellent guide. I have written at length about the Museum here from an earlier visit, but I was even more shaken this time. It was a frightening experience and it is hard to describe the feelings we all encountered. Some kind of fear and a feeling the evil was still stuck in the walls of the building.

“After our independence it was reconstructed and it became a museum in honor of the repressed victims and their memory” , Nurshat continues with an open heart: “My parents told me everything, because my father was a policeman at the time and that’s why I always knew the history of Karaganda region, where I live still today and I always knew what this building was used for at that time. My father told me that this was the building where the KARLAGS administration crew worked, but there was also some victims victims working here too and on the territory of Karaganda region there were of course many camps where innocent people worked.”

“I knew it from my childhood” , she repeated: “At that time we had censorship, it was forbidden to talk about it, people were afraid and we were afraid too. I became interested in this history back then and that’s why I’m doing research about the history of these camps and people who were part of them. Back in 1991 when we gained independence, there was already an idea to create a museum and after independence we started to reconstruct this building and create a museum. I think, now we have a very good museum.”

We all nodded in agreement. And, I wanted to add, a museum which is very important for the future of all humankind, because before setting off for Kazakhstan I read this in the Moscow Times. An article saying that one of the best museums as regards to commemorating the evils of the Gulag era, a museum called Perm 38, was being forced to close. Basically due to the fact that more than 50% of Russians are beginning to view Stalin in a more positive light. So the museum in Dolinka and its existence is very important when it comes to shed light on the truth as we see it today.

“After the breakup of the Soviet Union at the beginning of 90s all archives were opened” , Nurshat continues, “And by people, I mean us scientists, we had an opportunity to use those documents. But in two years the local archives were closed again. Unfortunately, since this time it has been difficult for most to access them.  But we created the museum based on those documents, we also collected artefacts and as a result we have an interesting museum. This museum also means a lot for the patriotic education of the younger generation and for the development of the historical perception of the people and the youth.”

One part of the museum is dedicated to the treatment of the Kazakhs. They were at times treated worse compared to the other prisoners.  It might seem like their suffering is overrepresentated in the museum, but I understand it has to a certain degree do with the new order in the country, but I think it is the right thing to do because local people are often forgotten in the big scheme of how we see an historical issue. At its still very much the one man view. As I have witnessed myself along the Kolyma, where very little in the local musems along the river, like in Cherskii (Ambarchik) and Sinegorye (Kanjon camp), deal with local indigenous people´s suffering.

“Of course, I manage pupils’ projects on this Era”,  says Nurshat; “Pupils write great many interesting works.  They do research, write about it and defend them in various national contests. Children are interested in the history. I, mysel, I’ve been studying this history for 15-20 years. And I’ve met with the KARLAG’s former prisoners, talked to them, I know how about their lives in these camps and about their suffering. Terrible.”

Most of my friends, including our well educated and intelligent translator Yulia knew very little or nothing about this terrible time and nothing of the existence of this unique museum, though it is only an hours bumby ride from Karaganda. Actually, when I read about Karaganda before going to Kazakhstan the first time, it was initially hard to find a reference to the museum and once found, the descriptions made it seem very complicated to go there, but it is not. There´s a bus from Karaganda with irregularity every day, but it does exist. You drop of on the main road, it is a half an hours walk along a lonely road, or you wait for another bus or hitch a paid ride. Easy. And people are very helpful, even though hardly anyone speaks English.

Let me explain just a bit of a background about the system of the Gulags. First of all, here´s quite a lot written about it. Books by Annie Applebaum and Robert Service are at the present the most famous one´s in the Western world, but no matter how good they are, they have no personal experience on a profound emotional level and I believe to fully understand the pain and suffering involved by those who have personal experience from these dark times, one need to read books by those who have written about it from a personal point of view. Like for example Aleksandr Solzhenytsin. His books, especially the Gulag Archipelago (he spent some time in Ekibastuz, which was part of the KARLAG administration and he writes a whole chapter about the Kengir Uprising) and the First Circle. Obviously there are many others. I know that within the circle of academia and research, there´s a strain who claims one shouldn´t use biographical material to make a proper assessment of the Gulag Era, and I understand that Solzenytsin got figures quite qrong, but his personal experience is for me the best description of pain and suffering I have ever read. When reading him, you feel every strain of pain, suffering and you get a disturbing perspective of this system of penal colonies named Gulag.

The Gulags were the Soviet Union´s vast system of forced labor camps and the word Gulag is an acronym for the Soviet bureaucratic institution, Glavnoe Upravlenie ispravitel’no-trudovykh LAGerei (Main Administration of Corrective Labor Camps). But since the publication of Aleksandr Solzhenitsyn’s The Gulag Archipelago in 1973, the word has come to represent the entire Soviet forced labor penal system. Concentration camps were created in the Soviet Union shortly after the 1917 revolution, but the system grew to tremendous proportions during the course of Stalin’s campaign to turn the Soviet Union into a modern industrial power and to collectivize agriculture in the early 1930s. And Gulag camps existed throughout the Soviet Union, but the largest camps lay in the most extreme geographical and climatic regions of the country from the Arctic north to the Siberian east and the Central Asian south. Prisoners were engaged in a variety of economic activities, but their work was typically unskilled, manual, and economically inefficient. The combination of endemic violence, extreme climate, hard labor, meager food rations and unsanitary conditions led to extremely high death rates in the camps. While the Gulag was radically reduced in size following Stalin’s death in 1953, forced labor camps and political prisoners continued to exist in the Soviet Union right up to the Gorbachev era. (excerpt from www.gulaghistory.org)

KARLAG was geographically the biggest of all the camps within the Gulag system of penal camps. It was also one of the longest lasting of all and mainly an agricultural camp, but mining and other productive camps existed. The Karlag term stands for in English the Karaganda Corrective Labor Camp. It spreads geographically about 300 km from north to south and 200 km from east to west, but there´s independent divisions which are not marked on the map above like Akomlinsk (al Azhir) in the north near today´s capital of Astana and Balkash, like 650 km soutwest of the central administration in Dolinka. The infamous divison of Dzhezkazgan is not on the map either, thought its location is to the northwest. KARLAg isn´t mentioned a lot, surprisingly since it is so big, in the literature abounding today, but the Kazakh steppe was identified as early as 1925 as a great place to set up a penal colony. It wasn´t however, until the early 1930´s that a few Chekists and a bunch of prisoners arrived for the first time. The camp was then called KAZLAG. In a year it took the name as KARLAG. In January 1939 there was a population of 1,317,195 in KARLAG. The best preserved part of it as the administrative building in Dolinka, which is the Museum today.

This is just our second day and we feel really emotionally tired. As quick as we landed we met with our main host, Nurshat and Yulia the translator was also there, 4 in the morning and after a few hours of sleep we went to meet our host at the Bolashak University, Dr Nurlan Dulatbekov. We started filming and interviewing immediately. Jetlagged we slept little the last night and now we are in Dolinka. What a journey! 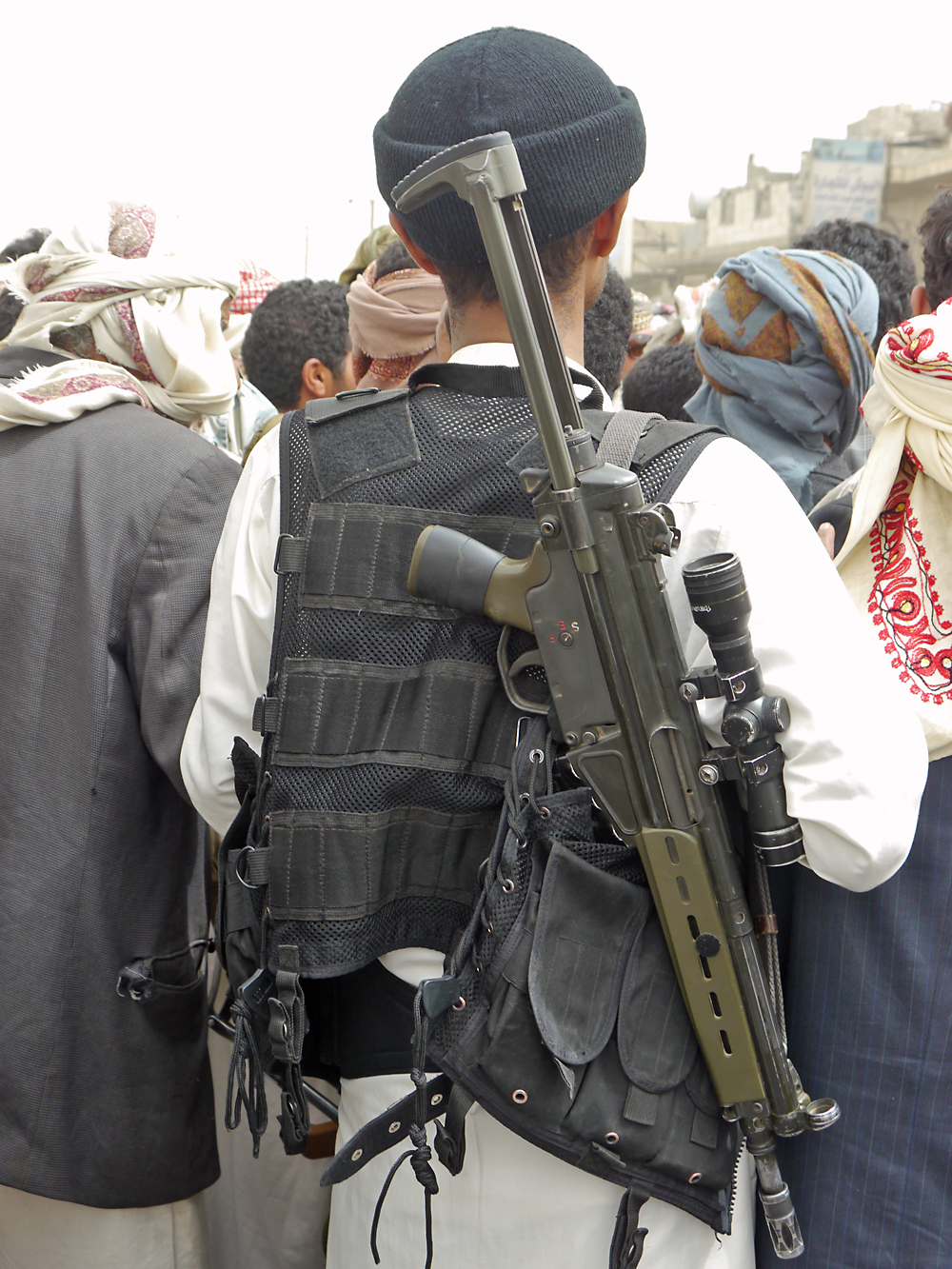