Global media deems South Sudan as one of the most unsafe places on earth right now. My very good friend, Julian Monroe Fisher defies these reports and has made his way to Juba and Torit, to set off on the 3rd phase on his The Great African Expedition. I want to share three of his diary notes, which I personally think is some of the most exciting writing in the field, that I have read in a long time!

I was supposed to depart Juba for Torit at 8:30am, but when I called at 9:30am I was informed that Charles the hired driver (government and military have said no to walking) was sick with a bout of malaria. Martin his business partner arrived at 10:30am with a Dinka driver (scarring on the face) and said the car was no longer available (though he had arrived to the Logali House Hotel in the car we were to travel in) and that we would need to travel in a Landcruiser, price went from US170 to US300. I said no and that I could pay no more than US200. He explained there is no fuel left in Juba. Martin negotiated with the Dinka dude. The Dinka dude said he would take US200 if he could sell the remaining four seats. At the same time I had a side deal negotiation going with Paul Tobian the Duty Manager at the hotel. Paul’s deal came in at US150 with me as the solo passenger. After I explained to Martin that I could not travel with other passengers in the vehicle, I said my goodbyes to him and the Dinka dude…We are leaving in ten minutes. As we depart into the unknown factor of rebel activity and military checkpoints along the road to Torit, I have an ear worm right now playing Robert Earl Keen’s song, ‘…the road goes on forever and the party never ends…’ Peace! A journey to remember for sure and it’s only day four. The transport deal done, all that was left to do was cross the River Nile via the Juba Bridge and head for Nimule before taking the hard turn left onto the road to Torit. Easier said than done. For just after the bridge Augustine (it took crossing all of Juba to finally understand exactly what the hired driver was saying to understand I had put my life into whos hands) said we needed to stop for some water. Sounds good. The next thing I knew I was selling the three remaining seats in the dilapidated old Toyota van to three guys and a kid. No, I did not charge the kid, these are difficult times here in Equatoria. The going rate according to Augustine was 80 South Sudanese Pound per seat(about US20 dollars if you are dealing with local black market exchange rates and really are there any other moneychangers running the game?). That meant that I sold three seats for a total of US608 Augustine tried to convince to sell them for 100ssp), dropping my deal to US90. Indeed, it was a sellers market today, I could have sold a hundred seats if only the Toyota minivan had a roof carrier. Such is the situation here right now, people are desperate. It’s a humanitarian disaster, 200,000 plus persons running for cover, most heading for UN camps scattered about South Sudan or to the refugee camp in Uganda. Everyone situated, we started the drive south on a very nice tarmac road. That didn’t last long, soon we were on a dirt roller coaster with Volkswagen size potholes that slowed us down to a turtles pace. The countless military checkpoints didn’t help. At each one Augustine had to palm away varied denominations amounting from 10 to 25 South Sudanese Pounds. Nothing like pulling over to the side of the road and a half drunk guy with bloodshot eyes almost bleeding on to his camouflage shirt waiting for your donation to the cause to allow you to proceed. Just for effect the old AK47 on his shoulder makes the decision easy… It wasn’t the sound of wild birds that woke me from my slumber at first light this morning in Torit, the capital of the Eastern Equatoria State of South Sudan, it was the Muslim call to prayer backed up by a chorus of young women singing. The mix brought me out of that deep sweaty dream state I get from the malaria pills, I swear I thought I had died and gone to Beirut where the angels were all waiting. I was brought to my senses by the morning waiter serving ‘the only guest at the Hotel Torit’ a breakfast of Spanish omelet(they love those Spanish omelets here in South Sudan), bacon, a slice of toast and black tea in a dining room meant to house a lot more folks than just me, he explained that the singing came from graduates at the nearby police academy. My meeting with tourism officials was scheduled to begin at 9am(it finally happened at 2pm) so after breakfast I followed a lead which led me down to the local community soccer field. Once there I had to negotiate my way through an ocean of blue camouflaged policeman (I know the police worldwide like blue but how do you expect to hide yourself in lush greenery during the African rain season or savannah grass in the dry season wearing blue?) dodging UN Landcruisers and truckloads of armed protectors of the event. All the while 208(I got the official count from a Zimbabwean UN police officer chick)graduates stood in formation in unbearable sweltering heat waiting their turn to march forward and receive praise from a Catholic bishop and a host of dignitaries positioned conveniently in the shade. The big difference here in Torit, the curfew is a bit relaxed. However, the mosquitos carry a lethal non curable form of malaria that drops folks in their tracks. You get chased into your mosquito net soon after dark, and rightfully so since the power gets turned off for the night at 9 pm… The objective of ‘The RailRiders Great African Expedition’ will be to compare the 19th century Ethnographical research documentation of the African tribal kingdoms along the rivers and lakes gathered during the expeditions of the Victorian age explorers with the realities of 21st century Africa.

Julian Monroe Fisher is a Fellow of The Royal Geographical Society in London, an International Fellow of The Explorers Club in New York City and a member of The American Anthropological Association. Between 2007 and 2011 Fisher had the honour of carrying the Explorers Club Flag on five consecutive research expeditions to the African continent. In 2008 he and his team were accredited by The Ugandan Wildlife Authority for establishing a new route in the Rwenzori Mountains. In 2011 the explorer walked large portions of the African continent between the Indian Ocean coast of Mozambique and the Atlantic Coast of Angola. As part of The RailRiders Great African Expedition Fisher has created The Sir Samuel and Lady Florence Baker Historical Trail. The 360 mile trail stretching from Juba, the capital of the new nation of South Sudan, to Baker’s View overlooking Lake Albert in Uganda, was highligthed in National Geographic in July 2013 as one of the top twenty best hiking trails on the planet. 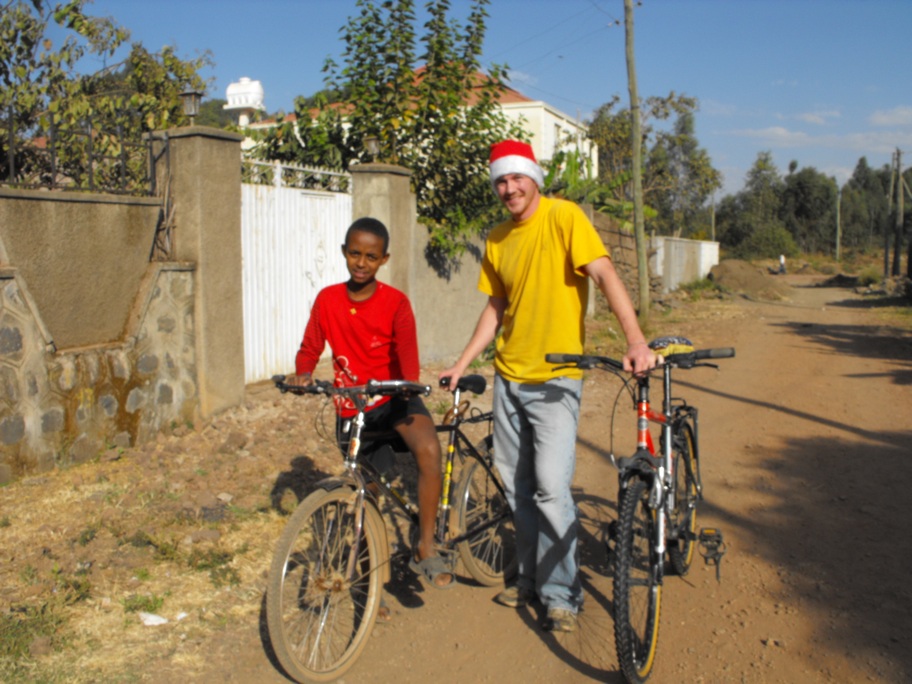