Team McCarron and Allen sets off on another journey together, this time the Argentinan part of Patagonia, following Rio Santa Cruz from the Atlantic to its source at Lago Argentino. I really like both of them, their way to share their stories and they always come across as really nice human beings. Indeed two emerging film makers!

I spent almost a year back in 1997 on horseback in this area, so seeing the wind sheltered estancias again, los peones (poor peasant caretakers), the open steppe, the wind and a small troupe of horses, it bring the greatest of memories back. Plus that it was indeed interesting to see the development of the area, pretty much similair to back in 1997 when there were continous threats of mining companies, big commercial companies, to move in and turn this great area into something….commercial and less appealing.

When the duo set off with an English speaking guide and partner Jose Argento, it seemed their objective was making it to Lago Argentino a priority, but as time passes, it becomes a slightly activist trip worrying about what will happen ecologically with the area, saying they could be the last explorers to follow the Santa Cruz as it is today. Just as it was when Charles Darwin and his Captian Robert Fitzroy made their way towards the Andes back in 1834. And this story with Darwin, which for me the arch of the film.

Leon is really good on camera and an excellent narrator and Allen is a good photographer, and as always it is very interesting following their thoughts and journey. At times I lack a

clear conflict and drama, a horse freaking out with their gear taking a lot of space being one of the main pillars of drama, makes it in this case a bit thin.

And their lack of horseback skills and lack of Spanish makes their possibility in getting close to the locals harder, of course. I miss more locals who are on camera sharing their thoughts, I have to say.

Having said that, as always, very entertaining when this duo is sharing their experience and for those who know little or nothing about this part of the world, this film is a must! 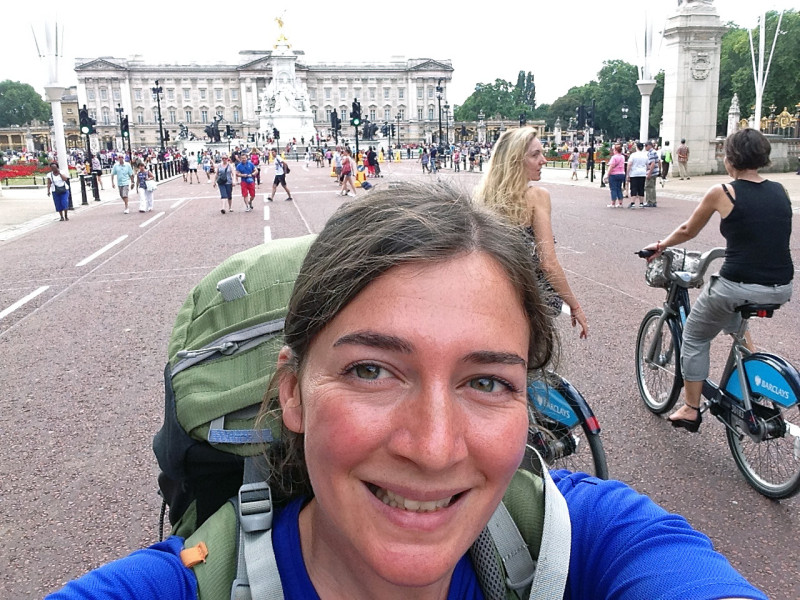 Expedition England With A Pram: Summary By Georgia Villalobos