Skip to content
Somebody stole my bicycle pump when I crossed the Ubangi River. From the Centralafrica to Kongo Kinshasa (then Zaire). I only had one. I discovered this disaster after I had cycled straight into the dense Jungle on a muddy earth road. I hit a rock and the air just went out. I sat for an hour in shock next to the trai trying to figure out what to do. Was my journey over?
After a few hours a cycling salesman showed up. Sweat was pouring down his face. Same for me. Humidity was tough in the Jungle. He was dressed in a suit and donned a bowler hat. On the back of his one speed bike he had a huge box. His warehouse. He smiled, laughed and asked what my problem was. I told him.
“Can´t you use mine?” he said and brought out a big Chinese version I knew wouldn´t fit. It made me a bit upset. Then he kneeled down and looked at my valve. Stood up, took out a knife, an old tube, cut of a piece and rolled it sround my Presta valve. And pumped in air!
“I thought you white people knew everything!” he then said and smiled. Then we laught like mad together for about 5 minutes.
Africa.
Never boring. Always overwhelming. Thoughest of all places to travel. Impossible to forget. And I always want to return.
The trip from West Africa to East Africa was way harder than crossing the Sahara. The roads where often mud, sand and after a rain, almost impossible to cycle on. Almost. One day was never like the other. Anything could happen. I got attacked by a huge baboon I was teasing with bananas. He ripped my shirt of and scratched my chest. I ran into a witch doctor Dr Shako who could cure anything. Just meeting him was an experience! Same goes for the Mbuti pygmees. For a time I only had pineapple, peanut butter and bananas to eat. It eventually gave me hernia. I tried to climb the Mountains of the Moon. Lost my tent instead. It broke in half into in a heavy rain storm. Next day it was sunny and I saw my first elephants.
Africa. 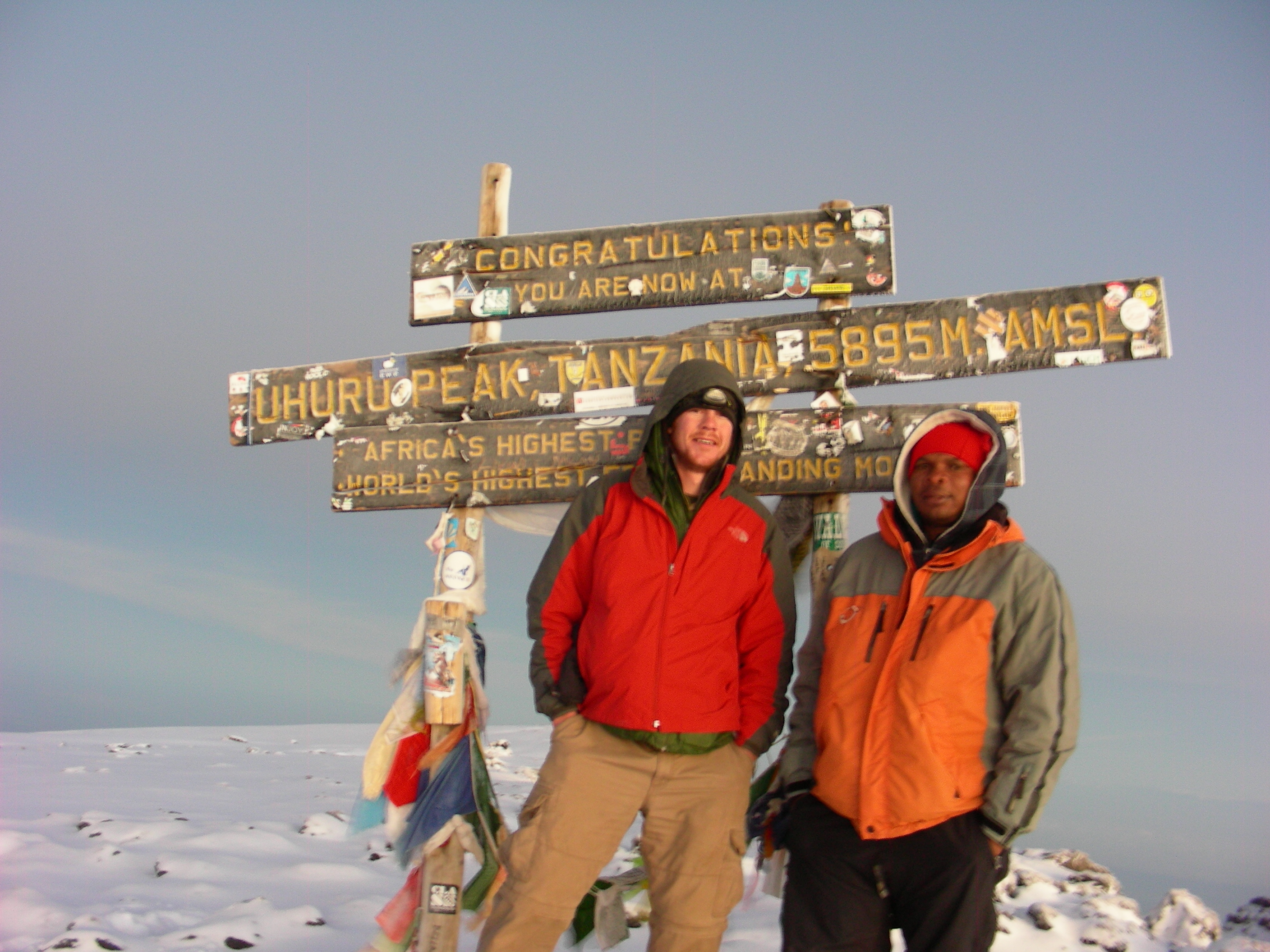