It wasn´t easy to find the Dokayevs, the Chechyans. They lived in Old Karaganda, which was quite a long way off the present location of the city and it was a drive which took us through some countryside on some really bad roads. And we were looking for a theater, which was said to stand out and which was were something they wanted to talk about. We knew that on February the 23rd 1944 Stalin deported the entire Chechen and Inguish nation to Central Asia. 496, 640 people according to Steven A. Barnes excellent book Death And Redemption. And this was done in just a few days! Some 38 000 Chechen and Inguish exils were sent to corrective labour camps in Karaganda. The death rates were enormous in the first three years after deportation, hundreds of thousands of them perished in disease or privation.

We found the theatre. It had been built by Japanese POW:s. A ruin, but it looked like it had a great past. The Dokaevs met us outside their house. Zaidy had a strong grip and like most people we had met, he seemed like he knew the meaning life. they lived in a one plan surrounded by a wooden fence, a full growing garden, barking dogs and a garage where men in the family were fixing up tractors and cars. It was another incredibly dusty and hot day, so we were happy to get invited into the cool house and another enormous meal waiting for us. As usual, people were incredibly welcoming, generous and helpful. We started the interview immediately. “My father was a front-line soldier; he went to the front in 1941, in the beginning” , Zaidy Dokaev began his long and interesting story: “He was at war in Ukraine. In 1942 he wounded in the head, I have a portrait and the wound is there. And in 1944 we were exiled without any reasons. We got in Osakarovka district, the settlement #9, it’s 130 kilometers from Karaganda, it’s 9 settlement – its name is Pioneer settlement and we got there in 1944 in February. At that time there were no any machines, everything was done manually. My mother and father worked in the collective farm. At that time we all were sent without any explanations and nobody investigated anything. Until 1965 we used to live in the Osakarovka district, in the 9 settlement. And in 1965 we moved here, in Karaganda and to this very day we live here.”

“How was life when you first arrived here?” I asked. “But if to say about that life before us there were exiled and dispossessed the Cossacks from the Don and from the Kuban in 1930s and in 1942 here were exiled Germans from Volga region and in 1944 –Chechens and other nations were there: Greeks etc. In the collective farm people worked manually, we were kids so everything was tough. There was lack of food. My mother worked in the grain store, sometimes she poured 2 kilogram of wheat into a bosom and brought it home. I remember it very well, if you were caught with 1 kilo of wheat you could be imprisoned for 1 year, for 2 kilos – 2 years; at that time NKVD was strict. And so until 1965, or 1964 we used to live there and then we moved here. If to speak about my father, when we were being exiled my father asked:

“Why me? I’m a front-line soldier with bandaged head, I won’t take a family!”

“At first, men were surrounded and then taken away. And then families were brought there. Soldiers called surnames, for example we are the Dokaevs, and said that we should take the family. My father said that he wouldn’t take a family and they could shoot him right there but he wouldn’t take a family. A colonel who commanded not only in one village, but in whole Checheno-Ingushetia, took his arms, pulled him aside and told him in strictest confidence that he could help him as a soldier to soldier and gave a chaise, two horses and a soldier, he should go home and take some clothes. Any clothes: old or new, and some cereals because you are taken to Kazakhstan. He said that it was cold there. Make haste and don’t waste time.”

“Everything was left there at home, cattle and it all was pilfered. He said that the state had already evicted them without any reason and why did they start to pilfer? And the soldier was with a sub gun and he said he would shoot people. But my father told him not to touch them, they could take everything. Soldier said, No. He caught them up and hit them with the rifle butt. And those were carrying a double bed and nickel-plated armrests. My father worked in a factory, Red Hammer Factory in Grozny, and when my father and mother got married they were given these things from the factory. Anyway, he made them put everything back and said that they would be exiled but they would come back. We will deal with marauders. And that is how the colonel helped us. My father told us that when people were bringing there, most of them died.”

“You got deported by train?”

“Lots of people died on the way here. So there were such difficulties. When we grew up it was the same. What we dreamed of was when our mum cooked us something to eat. So we grew up then got cattle and everything became better; my sister and I started to work. Then we moved here. I’ve been living here for 56 years. The Kazdram’s building (the theatre) my father guarded all his life and when my father passed away my brother started to guard it. He moved to Chechenia and now lives there. Then we guarded. Now this building is ours.” “When we were exiled, I was three years old. I remember that I was in my grandmother’s arms and it was light, suddenly everything became dark. Almost everybody who lived in the settlement was exiled. Deported. It was tough time.” “I heard Stalin´s speech. He died at the end of March, 1953. I was ten. I heard him well. On the wall was hanged the radio.  And he said couple of words and silence, then again couple of words and silence. He spoke slowly and I heard him well. I don’t know why we were exiled,  Goodness only knows. But now Kadyrov puts all to rights. He drove all criminals away in Chechenia. But you never know what will happen. So we will stay here. Look at Ukraine. Suddenly….explosion! We live well here. We have cattle and own this household.”

“I returned to Chechniya. I arrived and saw the house is occupied. I say, leave the house. And they say that this house was given to them. My father was a village head. He spoke Russian very well. He was a front-line soldier and walked around with red arm band in the village because all exiled mountains Chechens didn’t speak Russian at all. If NKVD arrived and started to explain something, he translated Chechens what commander said and what to do to keep everything in order. I remember vividly, everybody was on the fields. Harvesting or sowing – everybody was on the fields. Except of paralyzed or very old people, but the rest were on the fields. There weren’t any equipment, everything was done on oxen, horses harnessed in chaises. But right now there aren’t such things. The young don’t want to work. I have a Russian wife. We have been living together for 42 years, and everything is fine.  I have two sons. The one who went out (to the garage) willl get married soon; everything is arranged. So, everything is good. Our story is very tough and difficult.  Sometimes I hate myself for this. I feel weak. “ “What about the theatre?”

Well” , Zaidy continues: “Old timers say that it is built by prisoners.  At that time there was a lot of labor force.  Here, in Kazakhstan, in KARLAG were sent all political and not political prisoners.  So it was manually built in two years from stone.  When we were celebrating 80 years of Karaganda the president Nazarbaev arrived, but it was briefly talked about. Now the new Drama Theater was built in the city. It’s was built from rubble stone, mountain stone.  People arrive and take photos. But now we start to drive them away. Weddings arrive, drunk people.  This is the historical place. I say, please guys stay outside and take photos, but don’t come inside. Well, drunks try to get in. Once, I shot at tires with Winchester rifle. We had arguements, but we have weapon,  of course legally.  I own it and guard it.”

*Read all articles written about KARLAG! 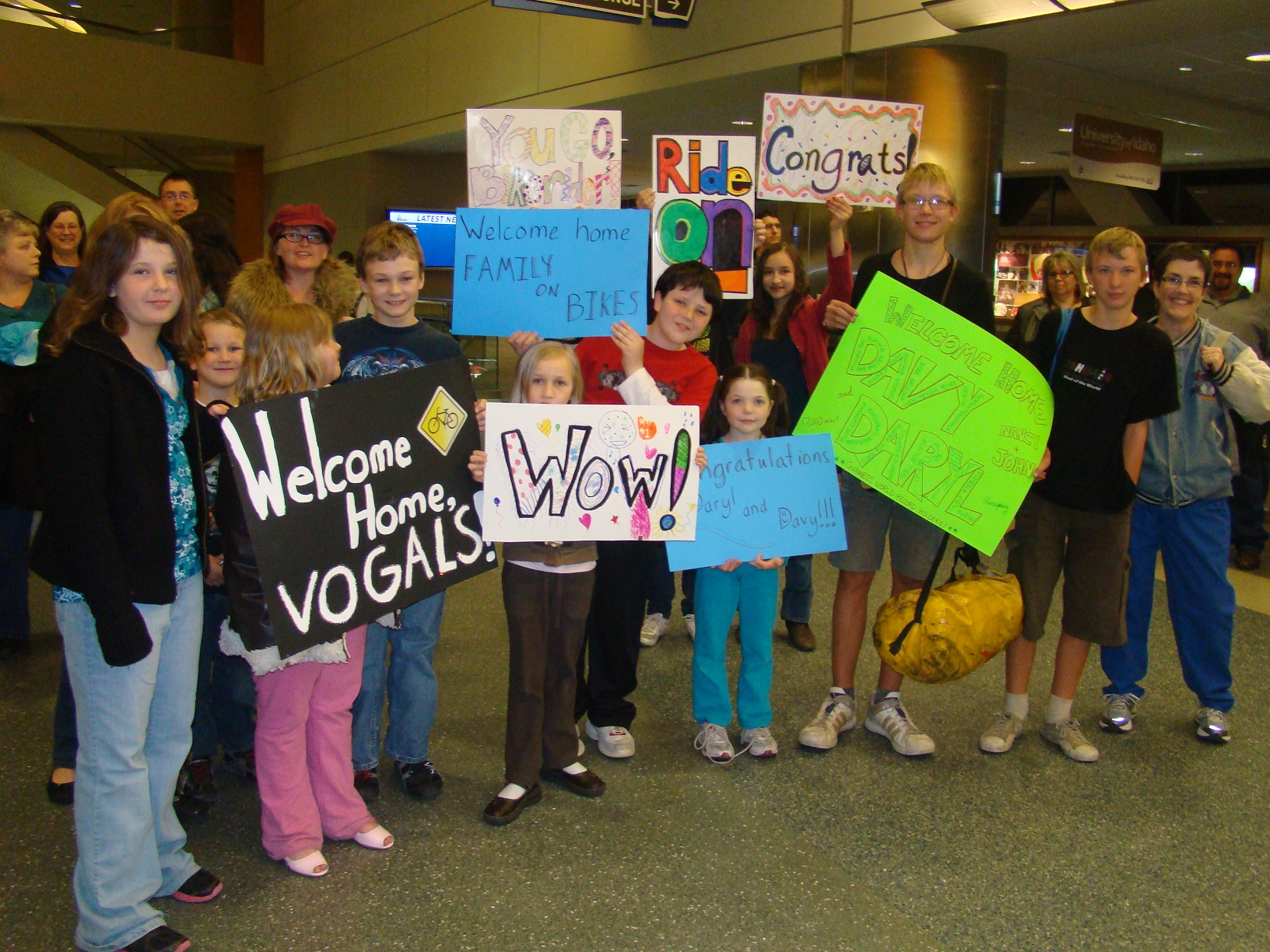