Skip to content
Yesterday I watched one of few You Tube clips/full films portraying Kazakhstan for a Western audience. As the norm is usually with the BBC, first of all it was another public school kid from the UK, Simon Reeve, who starts off with the traditional scaremongering needed to catch an audience. Secondly it starts off with how easy it would be for Kazakhstan´s neighbors, who according to Reeve harbors terrorists, to access deadly viruses like anthrax, the plague and so on in badly guarded laboratories. This after introducing the local guide, initially a stern Kazakh female, who comes out of a building, saying this is a beautiful country or such. This is followed by images of terrible weather and a rundown city.  This is how a travel documentary about Kazakhstan begins.
As a film maker I understand the need of finding crucial moments of catching an audience and have something catchy so the material will sell, but life is not all about making money. And if you need to start the documentary in those terms, please try to early on explain something of a positive note. It is also about trying to portray fair. And I often find like a negative cloud over many English BBC travel productions. Almost a colonial perspective. We are better than you. And I can say that after having lived and traveled a year in the UK, you are not. In a country –I am talking England- where a major part of the population have little say in what is happening, don´t point fingers at others. 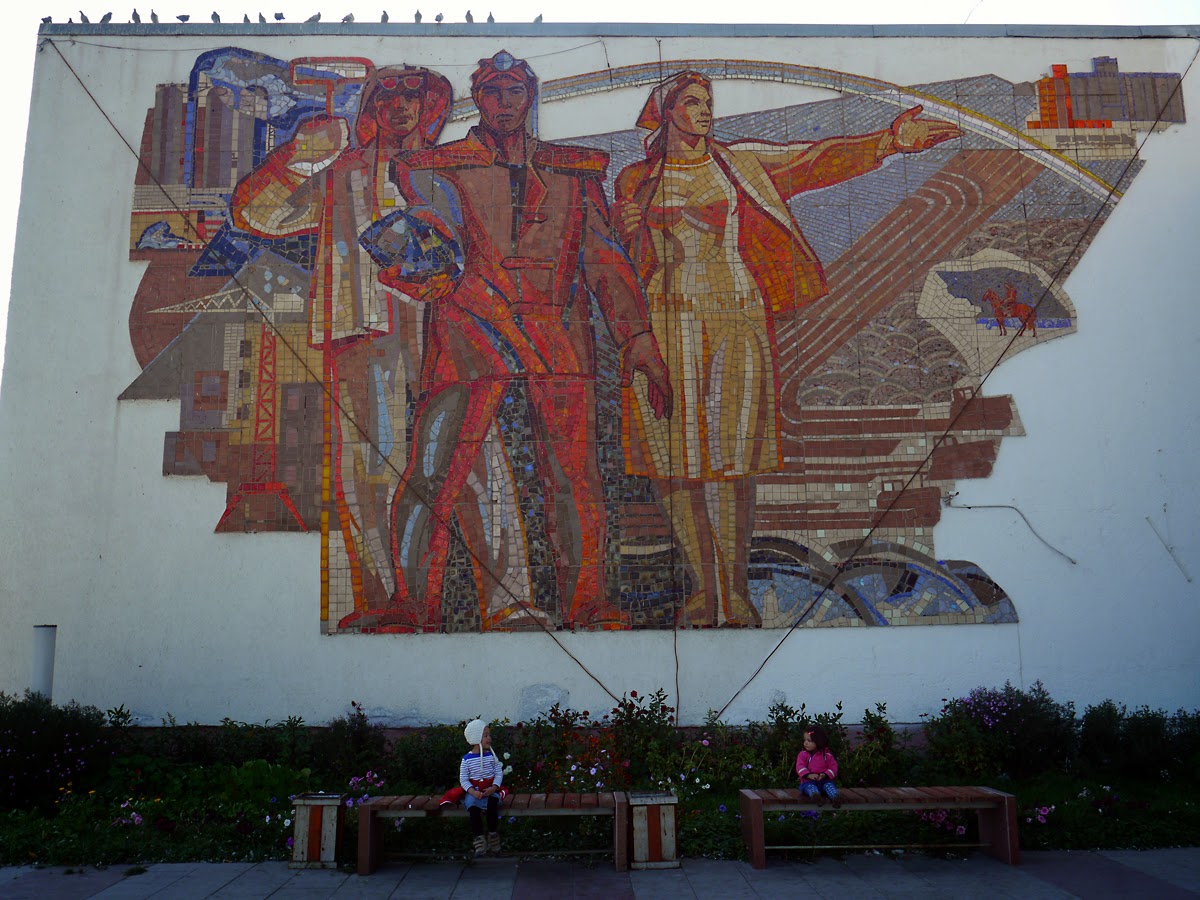 I am happy I didn´t watch that documentary before going here. Sure, I had my fair share of negative stories from here, but most of all very positive one´s from explorers who had actually been here, who raised my expectations incredibly much and once I had arrived, it was even better! 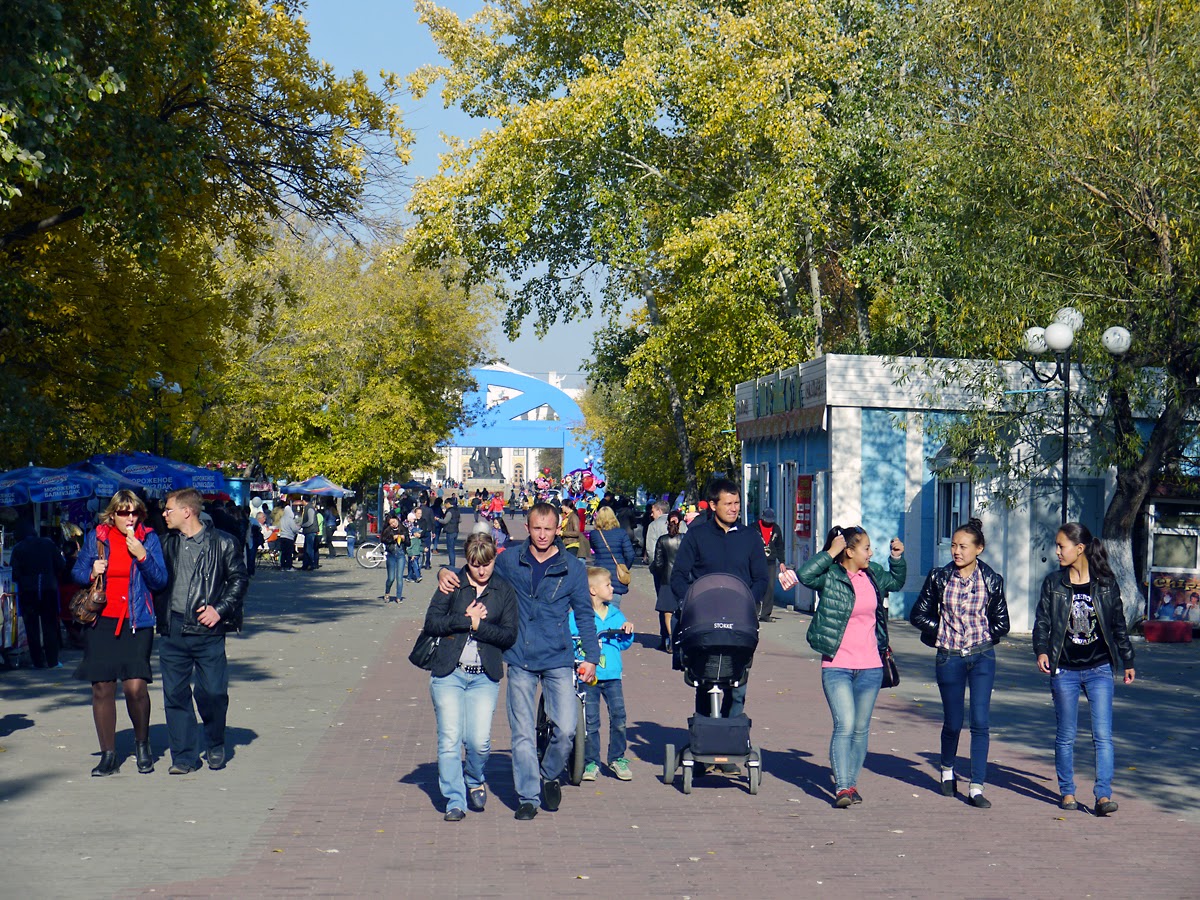 Few know about Karaganda for example. It has around half a million inhabitants and it is kind of part old Soviet, new Russian kitsch and Central Asia. I find it the most interesting place on earth to be at this moment in life. Initially I thought it was a really slow, dusty town in the middle of this gigantic steppe. This was due to the fact that we live at the edge of town. Once we went into town and its center, it is a hustle and bustle like any big city. And there´s lots to see and do. During the weekend, we spent most of our time at this old Soviet style fun park, which like most other parts, is under construction to become new and fresh, and it is such an interesting place, so full of life. On one side old babushkas with gold teeth on the other a stage with heavy metal concerts where I even saw punk rockers among the audience. I find this mix very healthy! 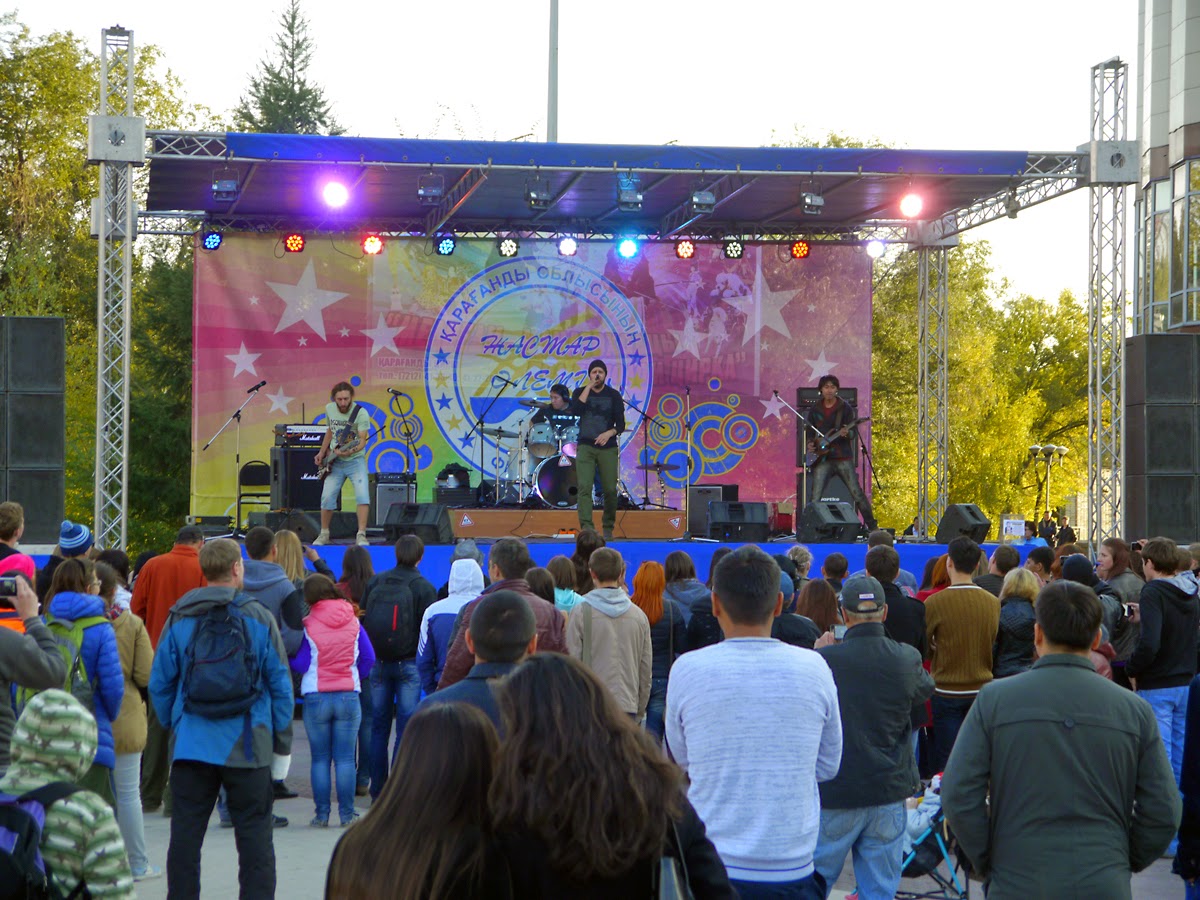 There´s no doubt that Karaganda and Kazakhstan are worth a proper image of what reality is like! However, having said that, the other day our feminist little group got a surprise,but the girls seemed to enjoy it. I am talking Dana and Eva.
49.83333373.166667

How to Get Sponsors, Wisdom from a cyclist